Paul Pogba took to Instagram to pledge his loyalty to Manchester United after some riling comments from his agent Mino Raiola Pogba was aw... 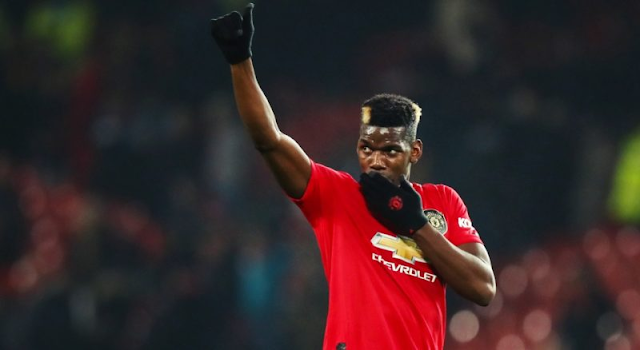 Pogba was awarded his sixth start of the season against Manchester City on Saturday night and lasted 90 minutes. After the game, the Frenchman claimed that “all is clear” between himself and United. 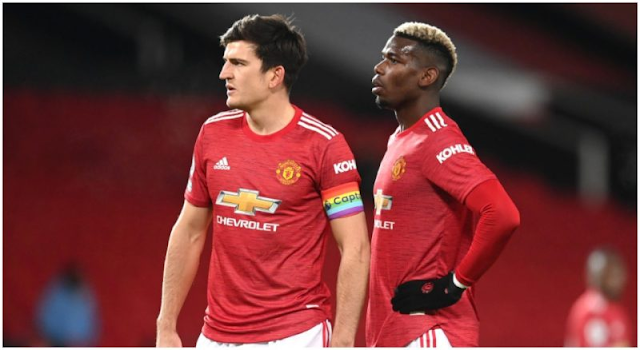 Last week, Pogba’s agent Mino Raiola claimed that Pogba was “unhappy” at Old Trafford and insisted that the Frenchman “has to change teams” in the following transfer window.

Pogba came out in his own defence in a passionate Instagram post, stating that he was fully committed to United’s cause. Still, he fell short of denying the comments made by his agent regarding his potential departure. 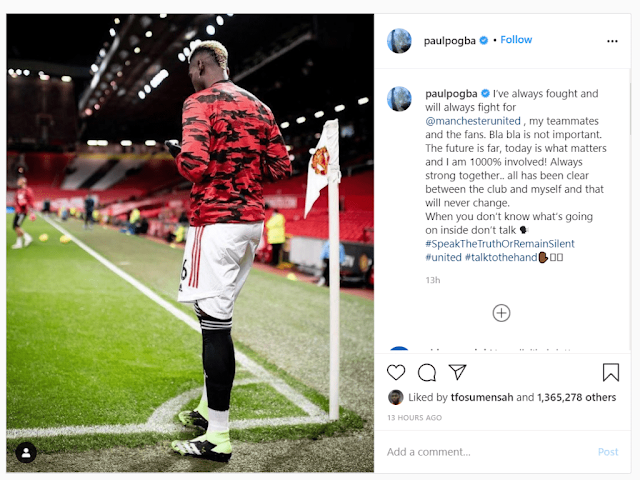 “I’ve always fought and will always fight for Manchester United, my teammates and the fans,” wrote the Frenchman

“Bla bla is not important. The future is far, today is what matters and I am 1,000% involved!

“Always strong together. All has been clear between the club and myself and that will never change.

“When you don’t know what’s going on inside don’t talk.”

The 27-year-old’s contract runs out in 2022 and was linked with a move away from Old Trafford in the previous transfer window. Both Real Madrid and Juventus were interested in the Frenchman’s services, but a move never materialised.

Pogba moved to United in 2016 for a then world-record fee of £89m but has failed to live up to expectation with his inconsistent performances. He’s scored 35 goals in 172 games, and his two trophies with the came both came in his first season with none since then.