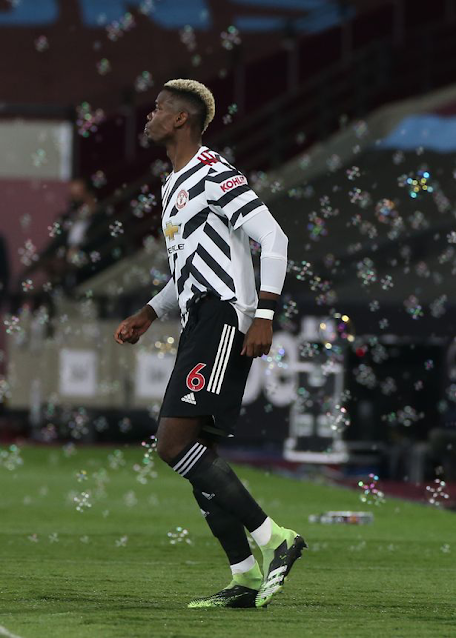 Paul Pogba tested  positive for coronavirus in August and the Manchester United star has opened up about it's effects.

Manchester United star Paul Pogba has opened up about his struggles with coronavirus, revealing he "couldn't run" and would get "out of breath really fast".

Pogba tested positive for the virus while on international duty with France back in August and was forced into self-isolation for much of pre-season.

He was back in training in time for United's first game of the season and was handed a start in their 3-1 loss against Crystal Palace.

He also started United's next two league fixtures, a 3-2 win over Brighton and a 6-1 loss to Tottenham, but his performances were clearly suffering and he has been in and out of the side ever since.

Pogba had started just one league game since that Spurs defeat before Ole Gunnar Solskjaer opted to recall him against West Ham and the 27-year-old sparked a dramatic 3-1 comeback win against the Hammers, netting a stunning equaliser in the second-half.

Speaking after the game, Pogba detailed how he had been affected by the virus, telling MUTV: 'It's strange, it's hard to explain because you wouldn't understand.

"Even in training, I would say to the fitness coach that I feel strange. It's not me. I get tired very fast and I'm out of breath really fast.

"The first game of the season, I couldn't run. I was trying. I spoke with the manager, "I will start the game and let's see", but I was very out of breath and it took me a long time to get back to my fitness and to get back physically good.

"That's what I think is good for the team. I'm a team player. As long as the team wins, that's the most important, you know? That's why I came here and that's why I want to be successful."