Mino Raiola announced World Cup winner Paul Pogba is unhappy at Old Trafford and that it would be better for all parties if he leaves Manc...

Mino Raiola announced World Cup winner Paul Pogba is unhappy at Old Trafford and that it would be better for all parties if he leaves Manchester United in January.

Paul Pogba has posted images of himself laughing with his Manchester United team-mates in training on the night Mino Raiola confirmed he wants to leave the club.

Raiola announced the World Cup winner is unhappy at Old Trafford and that it would be better for all parties if he leaves in January.

Gary Neville called on Pogba to speak out and correct the super agent if his comments are false, as they've caused huge disruption on the eve of Manchester United's Champions League Group H clash with RB Leipzig.

The 27-year-old midfielder opted against addressing the controversial comments, but did post a handful of images of himself in training apparently very happy at United.

Raiola dropped the exit bombshell in an interview with Tuttosport, in which he said: "I can say that it's over for Paul Pogba at Manchester United.

"Paul is unhappy with Man United as he is no longer able to express himself in the way that he would like and as he is expected to.

"Paul needs a new team, a change of air. He is under contract for the next 18 months and it will expire in the summer of 2022.

"However, I think that the best solution for both Pogba and Man United is that he goes in the next transfer window.

"If not, the Old Trafford club know that they risk losing him on a free transfer as it is not Paul's intention to extend his contract.

"Manchester United board know the risk losing Pogba for free given the player has no intention of extending. 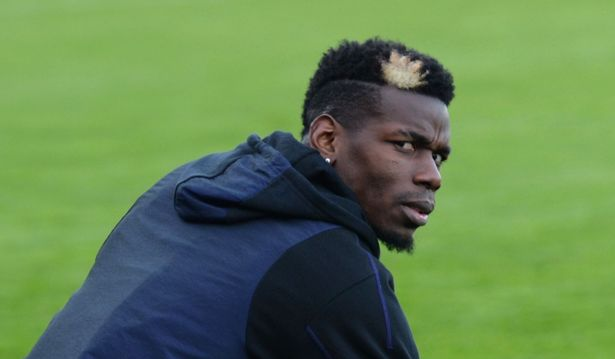