Manchester United are out of the Champions League after a disappointing 3-2 defeat at RB Leipzig on Tuesday night, and will be forced to p... 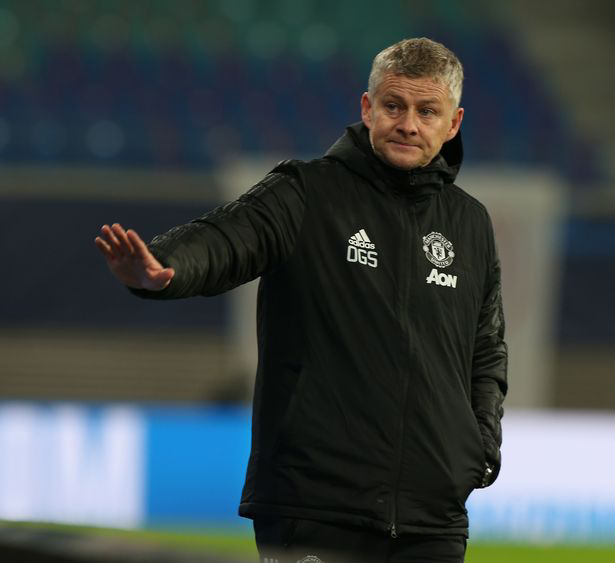 Manchester United are out of the Champions League after a disappointing 3-2 defeat at RB Leipzig on Tuesday night, and will be forced to play in the Europa League for a second straight year

Manchester United failed in a late comeback against RB Leipzig on Tuesday night as they were dumped out of the Champions League.

But a poor start saw them 2-0 down at half-time before letting in another to make it 3-0 with 30 minutes to play.

Ole Gunnar Solskjaer rang in the changes at the interval and brought on Donny van de Beek, before putting Paul Pogba on later in the game.

But despite two second-half goals from Bruno Fernandes and Pogba, they were unable to get the point which would have sent them through to the knockout stages.

The defeat will do little to ease the pressure on Solskjaer's shoulders at the moment, with United also struggling to keep up in the Premier League.

But Phil Neville believes the Norwegian manager receives too much stick for the job he's done since taking over from Jose Mourinho at Old Trafford.

Speaking to Radio 5 Live after the Red Devils were dumped out of the Champions League, he said: "There's an awful narrative where the minute United lose a game it seems like a disaster.

"It's not a disaster tonight, but it's disappointing. United wanted to be in the last 16.

"There are Manchester United teams in the past with better managers than Ole Gunnar Solskjaer - like Sir Alex Ferguson - which have gone out at this stage. It does happen, it has happened.

"It's quite a freakish time at the moment. There are managers in the Premier League who are below United in the league but have great reputations and don't get the stick Solskjaer gets.