Unhappy midfielder Paul Pogba is not suited to life in the Premier League and should leave Manchester United, according to Russian former ... 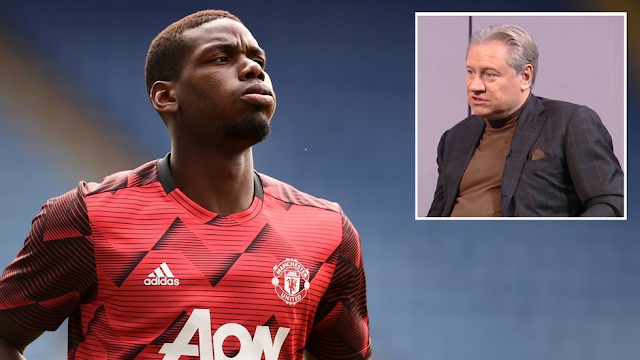 Unhappy midfielder Paul Pogba is not suited to life in the Premier League and should leave Manchester United, according to Russian former Reds winger Andrei Kanchelskis.

Pogba’s future at Old Trafford was thrown into doubt again this week after his agent Mino Raiola said that the Frenchman’s time at United was “over” and that the club should allow him to leave before the end of his contract in the summer of 2022.

That would be a fate welcomed by some sections of the United fanbase, who feel Pogba has consistently failed to live up to expectations since he returned to the club from Juventus in 2016 for a record transfer fee in the region of £90 million.

Speaking to RT on his new show ‘Down the Line with Andrei Kanchelskis’, former Old Trafford icon Kanchelskis – who won back-to-back Premier League titles under Sir Alex Ferguson during the dawn of a golden era at the start of the 1990s – said that United should look to offload Pogba.

“I think so, in my opinion [he should leave],” Kanchelskis said.

Pogba has left United supporters less than enamored with his public flirtations with a move to Real Madrid, and Kanchelskis said that the 27-year-old was more cut out for life in Spain or Italy – where Pogba has already picked up four Serie A titles from his time with Juventus.

“If there’s some interested clubs from Italy or Spain, why not sell him?

“He plays more with no concentration, always in his mind [he has], ‘OK, I don’t like this, maybe I’m better leaving Manchester United’. OK, if you don’t like it, go away."

Pogba was handed the captain’s armband on occasion by former United manager Jose Mourinho, before a rift developed and the Portuguese vowed the star would never lead the club out again during his tenure.

When Mourinho was replaced by Ole Gunnar Solskjaer, the Norwegian settled on defender Harry Maguire as his choice of permanent skipper.

Kanchelskis said that Pogba is nowhere near captain material for United, and cannot be compared to former greats such as Roy Keane and Bryan Robson.

“[Pogba] is not really a captain. When I played, this time there were real captains. First of all there was Bryan Robson, excellent, a real captain of Manchester United,” Kanchelskis said.

“After there was Roy Keane, who after Bryan Robson I think was the best captain of Manchester United. He was always a strong man, 100 percent played for the team, also speaking with the players who played badly in the game, he asked questions, very bad language sometimes in the dressing room, but that’s OK, it’s football, it’s life."

“Sometimes you need [to say] very bad things for the players, because some players are more relaxed.

“In my opinion, Pogba is no real captain for Man United. Man United need captains like Roy Keane, Bryan Robson and Steve Bruce.”

Pogba has managed 34 goals and 35 assists in 178 appearances at United, but while those stats may seem respectable enough on paper, the midfielder has been accused of failing to consistently deliver the big performances befitting someone who is supposedly among the best in the world in his position.

Pogba’s failings have been further exposed by the arrival of Bruno Fernandes in January, and the Portuguese is now seen as the driving force for the team.

As for whether Pogba should command a place in the starting XI, Kanchelskis suggested United need to find a balance with the more attack-minded Fernandes.

“This is a decision for the coach. Fernandes and Pogba play different positions, Fernandes is more attacking,” the Russian said.

“Also we need some great wingers, like Ryan Giggs, Lee Sharpe, and after that David Beckham, some service for the attacking players.”

The next test for United and Pogba will be the visit of Manchester City for the derby on Saturday, with the teams placed sixth and seventh respectively in the Premier League table.

United did the Premier League double over their rivals last season and approach Saturday’s game on a run of four straight wins in the league.