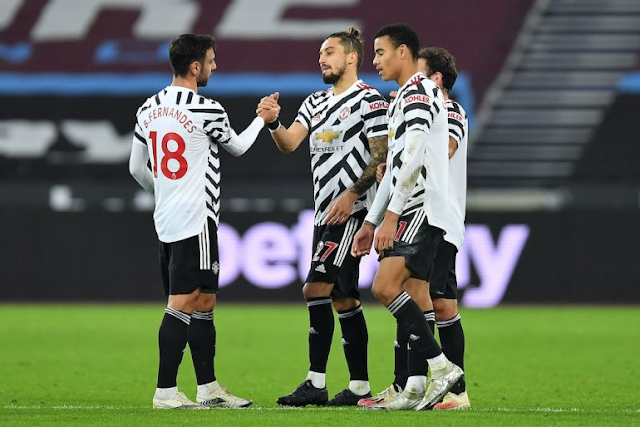 Ole Gunnar Solskjaer’s men could have already ensured progression with a result away to Istanbul Basaksehir or at home to Paris Saint-Germain, but are now tasked with avoiding defeat in a defining fixture.

The Reds thrashed a dishevelled Leipzig side 5-0 with an unfamiliar diamond formation in October and it would be prudent to revert back to a system that was so effective.

Dean Henderson did little wrong on his first Premier League start against West Ham but number one David de Gea is likely to return in goal.

Luke Shaw has travelled with the squad to Germany and could possibly line-up in a 3-5-2 formation after Alex Telles showed defensive frailties against West Ham.

But an immediate return may be too soon for the Englishman and we wouldn’t be surprised to see Telles retain his spot at left-back.

Harry Maguire, Victor Lindelof and Aaron Wan-Bissaka will make up the rest of a defence that will be tested against Julian Nagelsmann’s side who boast a formidable home record.

Nemanja Matic excelled in the diamond in the reverse fixture and could provide the calming influence needed protecting the back four.

Paul Pogba’s goalscoring impact against West Ham makes him an obvious contender to start on an occasion of such magnitude.

But agent Mino Raiola’s comments about the Frenchman’s future has undermined United on the eve of their biggest game of the season and Solskjaer could opt to take him out of the firing line.

In that case, Donny van de Beek and Scott McTominay, who were both admittedly poor against West Ham, could make up a midfield diamond with Fred suspended.

Indispensable Bruno Fernandes again highlighted his worth from the bench with another decisive impact on Sunday and he is almost certain to start at the Red Bull Arena.

But Mason Greenwood and Marcus Rashford were both on the scoresheet in emphatic style at the London Stadium and could provide the decisive moments of quality to see the Reds progress. 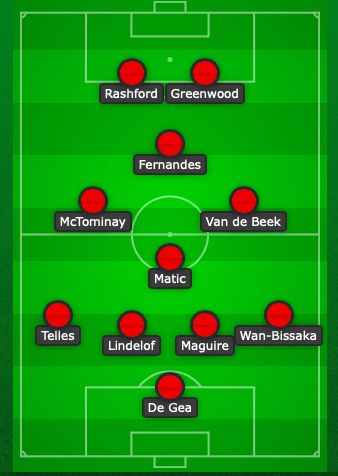