Games are now coming thick and fast for our Red Devils, with Ole Gunnar Solskjaer looking to keep the pressure up on Liverpool. It’s time ... 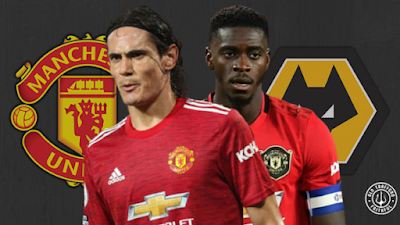 Games are now coming thick and fast for our Red Devils, with Ole Gunnar Solskjaer looking to keep the pressure up on Liverpool. It’s time for our predicted Man Utd XI for the game vs Wolves…

Make no mistake about it, Manchester United should be classed as title contenders at this point. Outsiders? Yeah, sure, but they’re in the mix, that cannot be denied.

Last night’s surprise result at Anfield certainly has us feeling more optimistic about our chances, but no more silly mistakes can be made going into another huge game against an in-form Wolverhampton Wanderers.

Ole Gunnar Solskjaer deserves credit. It would’ve been easy for him to let United’s Champions League exit get us down. Instead, it’s only spurred him and the squad on. We’ve been unbeaten in the Premier League ever since.

Wolves present another tough test but I always back our lads to do well, particularly if we’re allowed the opportunity to counter-attack by our opponent.

In terms of team news, I reckon you go as strong as physically possible here and look to get the job done. There are a couple of injury concerns, including Victor Lindelof, but let’s see what team we think Solskjaer will go for here…

David de Gea will start. He’ll have to be at his absolute best if he wants to keep a clean sheet in this one.

I’m hopeful that Aaron Wan-Bissaka will be fit to return and play in the right-back slot, with Luke Shaw continuing over on the left-hand side. Harry Maguire always plays when he’s fit so that won’t change here. I’ve gone for Axel Tuanzebe to partner him, purely because you don’t want to overwork Eric Bailly considering he’s only just come back.

Scott McTominay didn’t have his finest outing against Leicester but I expect him to bounce back strong here. Fred always starts in the big games, as does Bruno Fernandes.

Edinson Cavani simply has to get the nod as the main striker. Marcus Rashford will move over to the right-hand side with Anthony Martial playing off the left.

The likes of Donny van de Beek, Paul Pogba and Mason Greenwood give the gaffer great options off the substitutes bench if he needs them…