The match is a big opportunity to move up the table with teams around us dropping points.

Sheffield United have just one point this season, which means they are there for the taking and United should have an attacking approach.

This means United should forget the 3-4-1-2 which United used at the start at Bramall Lane last season. There is little need for a two-man pivot in a 4-2-3-1 either.

United played a 4-4-2 diamond at home to City and this should be repeated here, with consistency one bonus added factor of sticking with the same formation. This is simply the best one to maximise United’s attacking personnel.

Changes to be made

Anthony Martial is fit again and he will likely come in for Mason Greenwood and partner Marcus Rashford up front.

Martial bagged a hat-trick in his last match against the Blades and going up against them tonight could re-spark his confidence.

United must also prioritise getting Donny van de Beek back into the starting line-up for this fixture.

The beauty of the four-man midfield means Paul Pogba, Bruno Fernandes and Fred can all retain their places while Van de Beek comes in.It would be Scott McTominay dropping out, with neither he or Nemanja Matic required from the start in this fixture.

Defensively there is potential to make a couple of changes at full-back.

Alex Telles should get a chance again after sitting out the previous game and his deliveries could help Martial and Rashford thrive.

There is also a case to bring Brandon Williams in at right-back to give Aaron Wan-Bissaka a rest ahead of a busy schedule.

Williams featured for the under-23s at the weekend to get some game time. That could well have been preparation for a first team appearance.

A couple of extra changes under consideration

There is a case for Dean Henderson to get the start against his former club; he knows them well.

Henderson will be starting the Carabao Cup quarter-final next week, so in all probability it will likely be David de Gea tonight.

Another factor is whether Solskjaer mixes up his centre-backs for the first time in the Premier League since the 6-1 defeat to Tottenham.

This fixture might be a good game for Axel Tuanzebe to come in and give Victor Lindelof a break. 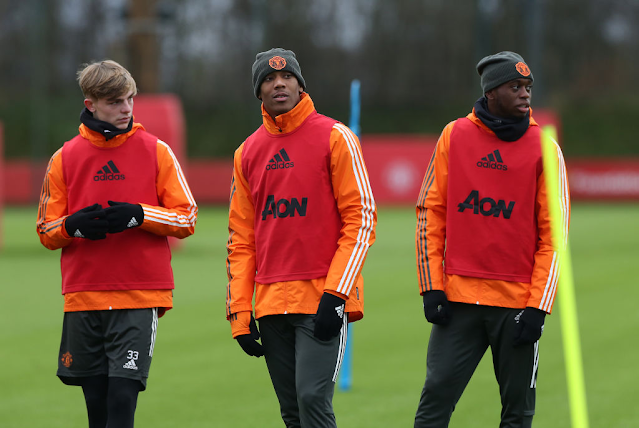