Manchester United will be looking to put their Champions League exit disappointment behind them when they take on Manchester City this wee... 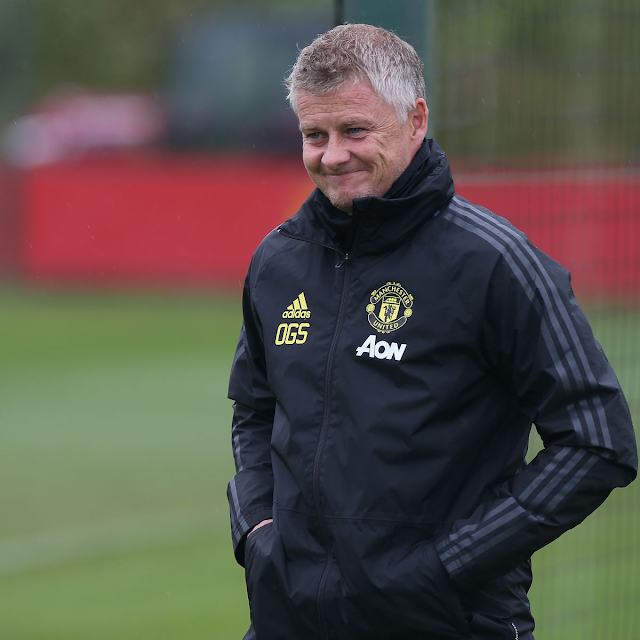 Manchester United will be looking to put their Champions League exit disappointment behind them when they take on Manchester City this weekend.

United suffered a 3-2 defeat to RB Leipzig away from home in Germany in the Champions League on Tuesday evening and failed to progress to the last-16 stage of Europe’s premier club competition.

The Red Devils will be determined to bounce back from the loss and pick up all three points from the Premier League match against City at Old Trafford  on Saturday evening.

United will head into the Manchester derby sixth in the league table with 19 points from 10 matches, a point ahead of Pep Guardiola’s side and only two points behind fourth-placed Leicester City, who have played 11 times.

Ole Gunnar Solskjaer has come under pressure and this week’s Manchester United news suggests that the United boss is now fighting for his job with only the league left in which to make his case. As such, Solskjaer will hope that his side win the Manchester derby and stay in the race for top four.

Solskjaer will have some big team selection decisions to make. Dean Henderson has done well in the absence of David de Gea, but the Englishman is only 23 years of age.

De Gea’s recent form has not been great, but the Spain international is hugely experienced, and it is likely that the 30-year-old – who cost the Red Devils £18.9 million in transfer fee in the summer of 2011, according to BBC Sport – will retain his place in the starting lineup despite his mistake against Leipzig.

Paul Pogba came on as a substitute in the 61st minute against Leipzig and scored, but the France international midfielder could be left out of the starting lineup yet again, as fallout from his agent’s comments on his future continues.

As usual, Bruno Fernandes will be the creator-in-chief and will have to be on top of his game for United to win the Manchester derby.

According to WhoScored, the Portugal international attacking midfielder has scored seven goals and provided four assists in the Premier League and has scored four goals and given one assist in the Champions League for United so far this season.

Mason Greenwood is likely to lead the line for the Red Devils, with Marcus Rashford and Juan Mata also likely to feature to provide the home team with more creativity.

Fred and Scott McTominay are likely to be the two defensive midfielders, while Alex Telles could start at left-back ahead of Luke Shaw.

This is how United could line up against City at Old Trafford in the Premier League on Saturday evening.