Steve Nicol has urged Man Utd boss Ole Gunnar Solskjaer to move Marcus Rashford out wide so he can play Edinson Cavani down the middle. Sout... 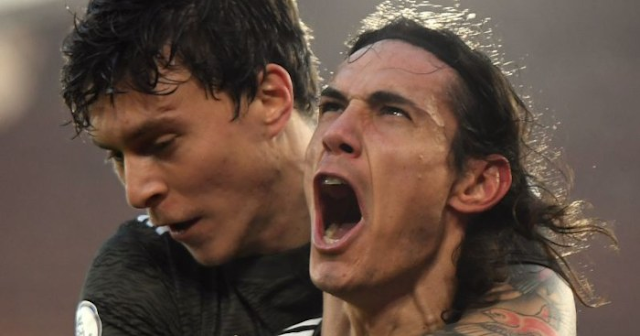 Steve Nicol has urged Man Utd boss Ole Gunnar Solskjaer to move Marcus Rashford out wide so he can play Edinson Cavani down the middle.

Southampton were on course for their first home league win against the Red Devils since 2003 on Sunday, with Jan Bednarek and James Ward-Prowse giving them a two-goal cushion heading into half-time.

But Man Utd boss Solskjaer’s decision to turn to summer signing Cavani at half-time proved inspired, with the veteran striker setting up Bruno Fernandes before scoring a brace to seal a 3-2 triumph at the death.

That performance has led to calls for the Uruguayan to be given a regular starting place in the side and Nicol wants Solskjaer to play him down the middle.

“I think it depends on his fitness,” Nicol told ESPN. “I’m going to assume he hasn’t played more than he has because of his fitness. He was out for a while.

“But if I’m Ole, I’m playing this guy. You just talk about a guy who knows where to be. He has an instinct, he can smell a goal out. This is Cavani and I think Manchester United could really do with that.

“I was a big proponent of Rashford through the middle but when you’ve got a player like Cavani, you get him in the team in my opinion. Rashford isn’t bad in the wide areas by the way.”

Meanwhile, Cavani has apologised for the social media message he posted following his match-winning performance at Southampton.

Replying to a message of congratulations on Instagram, Cavani used the Spanish term ‘negrito’, which translates as ‘black’.

The 33-year-old insists he is “completely opposed to racism”, having deleted the post after he had been made aware of the connotations.

“The message I posted after the game on Sunday was intended as an affectionate greeting to a friend, thanking him for his congratulations after the game,” he said in a statement.

“The last thing I wanted to do was cause offence to anyone. I am completely opposed to racism and deleted the message as soon as it was explained that it can be interpreted differently. I would like to sincerely apologise for this.”