The Baggies are the latest club to have been linked with a move for the Wales international, whose future at Man United seemingly remains ... 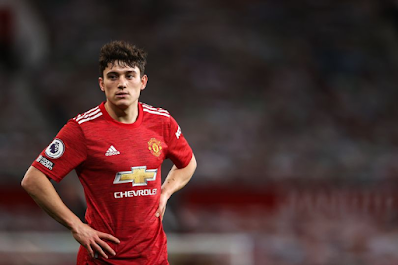 The Baggies are the latest club to have been linked with a move for the Wales international, whose future at Man United seemingly remains uncertain.

That's according to the Daily Star, who claim the Baggies have submitted an enquiry over taking the Wales international on loan in January.

WalesOnline understands those suggestions are, for now, wide of the mark, but there are nevertheless big questions over the 23-year old's United future heading into the January transfer window, and interest from the Baggies has not been categorically dismissed.

Long-term admirers Leeds, who made a tentative approach for the winger in the summer, are also believed to lurking, along with Burnley and Brighton.

Sources close to the player had previously ruled out the possibility of a loan move shortly before the close of the summer window, but there has since been near constant speculation over whether that stance might have changed.

James, who joined United for £15m in the summer of 2019, is understood to be focusing on his performances for United, and has previously gone on the record to insist he is eager to fight for his place at Old Trafford.

Nevertheless, the winger has found first-team opportunities hard to come by this season, despite playing in United's last two fixtures against Leicester City and Leeds.

While he struggled in a bizarre wing-back berth against the Foxes on Saturday, James capped off an impressive showing in the 6-2 demolition of Marcelo Bielsa's men with a goal.

"Again, credit to Ole - he probably thought it was going to be his kind of game and it’s going to be open. Going to United was a big move for him.

"Look at his face, it meant a lot to the kid and I’m delighted for him. Playing for Man United is not as easy as everyone thinks, there’s a lot of pressure."