Newcastle United  are reportedly interested in a loan deal for Marcus Rojo, with the  Manchester United  defender looking to make a move in... 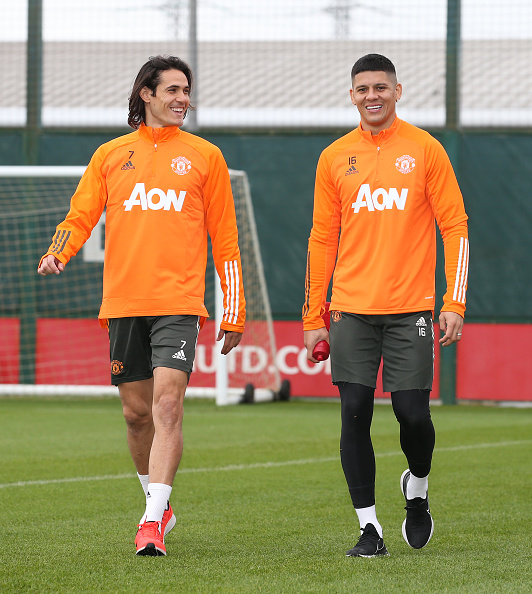 Newcastle United are reportedly interested in a loan deal for Marcus Rojo, with the Manchester United defender looking to make a move in January.

According to Laurie Whitwell and Chris Waugh of The Athletic, Rojo wants to play regular Premier League football, with Newcastle one of his potential suitors.

Two Spanish clubs have also enquired about the defender, however, he reportedly wishes to stay in England.

Rojo has not been in Ole Gunnar Solskjaer’s plans this season. He has made one appearance, for the under-23s, in which he played the first half before an injury forced him off.

Manchester United have not registered Rojo for the Premier League or the Champions League. His contract still runs until June 2021, where there is an option of extending it for an extra year.

However, it seems that Rojo’s time at the club could be drawing to a close. The most likely route for the Argentinian to play first-team football again would be a loan move.

The Magpies have conceded 21 league goals in the Premier League thus far this season. With only two clean sheets and one of the worst defensive records in the league, freshening things up at the back could help Newcastle.

Last time out, they suffered a 5-2 defeat at the hands of newly-promoted Leeds United; a horror show in the last 10 minutes, Newcastle conceded 25 shots in total during the game.

“I think simply we’ve given three poor goals away in the last ten minutes.

“I know Leeds caused us problems all evening but we showed a certain resilience and for me always looked a threat the other way.

“Unfortunately they’re something which you see on a park on a Sunday.”

Rojo would help by adding another experienced option to the ranks, with 76 Premier League appearances with the Red Devils. He has been sidelined though from playing first-team football and would remain a gamble and no quick fix for Newcastle.