Manchester United and Manchester City for the past decade has perhaps been one of the most enjoyable fixtures in the Premier League calend... 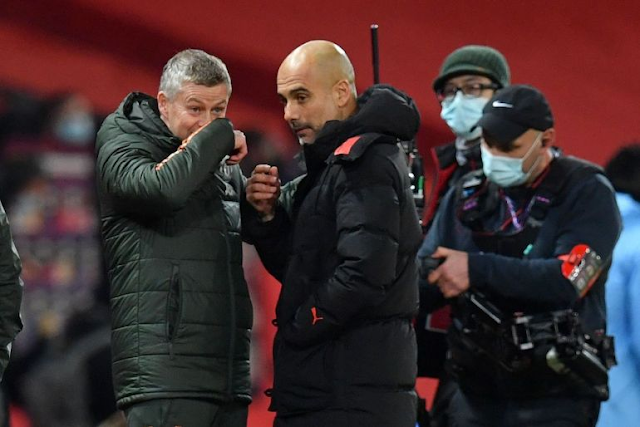 Manchester United and Manchester City for the past decade has perhaps been one of the most enjoyable fixtures in the Premier League calendar, ever since the “Noisy Neighbours” emerged from the Red Devils’ shadow following their takeover in 2008.

Manchester City have been the dominant force in the Northwest of England ever since winning their first Premier League title in 2012 piping United to the title on the final day of the season with the infamous “Aguerooooooooo” goal against Queens Park Rangers sealing the title for the Citizens’.

City has gone from strength to strength under Sheikh Mansour’s ownership of the club transforming Manchester City into one of Europe’s top clubs attracting a global fan base. The brilliant Pep Guardiola has been manager of City since the 2016/17 season and has transformed the club with his famous “tiki-taka” style of football which has seen City win two Premier League titles since he’s been at the club.

Meanwhile, at Old Trafford the clouds have been gathering ever since the retirement of legendary manager Sir Alex Ferguson after 27 years at the club. The club owned by the colourful Glazers and ran by their investment banker friend Ed Woodward has seen a traumatic seven years for the Red Devils. Woodward has been responsible for three managerial casualties and he is currently on his fourth appointment with club legend Ole Gunnar Solskjaer manager currently after impressing on an interim basis upon Mourinho’s sacking. Solskjaer is approaching his second anniversary in charge of the Red Devils next week and a result against City would be the perfect remedy after a turbulent start to the season.

On a mild December evening at Old Trafford a victory for either City or United could move them up the table into the Top 4 with a game in hand heading into the busy Christmas period. The legendary Sir Matt Busby’s famous quote “Football is nothing without the fans” which was a banner stretched across the empty Stretford End and it perfectly summarised the atmosphere of the match. Solskjaer was in need of a big result after Manchester United’s embarrassing exit from the Champions League on Wednesday night and a win over City would make it five consecutive wins in the Premier League. Meanwhile, Guardiola’s City are starting to find form and looking extremely good defensively with five consecutive clean sheets helped by the impressive summer arrival of Ruben Dias and return of form to John Stones. Solskjaer started with his favoured 4-3-1-2 system with the starting XI: De Gea, Wan-Bissaka, Lindelof, Maguire, Shaw, McTominay, Fred, Pogba, Fernandes, Greenwood, Rashford.

The return of Fred to midfield will be extremely important to United given the talented Brazilian became a key player since the turn of the year forming a formidable partnership with Scott McTominay in the engine room. McTominay and Fred both provide structure and protection to a back four who have looked vulnerable all season conceding17 goals in the league this season and only keeping two clean sheets.

The game was played at such a slow pace people could have misplaced it for a testimonial or training session with both two teams being very cautious throughout the game. The over cautious approach from both managers set the tone for a damp squid with either side not doing enough to justifying collecting three points. It was a game of few chances but City had the better of the first half with the impressive De Bruyne finding Riyad Mahrez whose shot was excellently saved by De Gea the best chance of the half. United looked very good defensively in the first half with impressive displays from Luke Shaw with his first start in the Premier League in a month and McTominay who was his usual busy self in midfield. Solskjaer’s men looked very dangerous from set pieces in the first half with City failing to deal with the physicality of Maguire and Lindelof with both central defenders winning free headers that untroubled Ederson in the City goal.