Rio Ferdinand wants Manchester United to poach one of Tottenham's best players - and it's not Harry Kane Rio Ferdinand has named t... 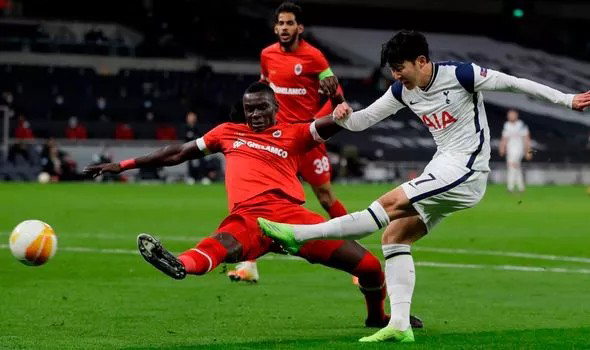 Rio Ferdinand has named the 'get-able' Tottenham player he feels Manchester United could sign. Ole Gunnar Solskjaer's side have long been linked with Harry Kane, but Ferdinand says he would target another Spurs star for his ability to 'hurt teams.

With the January transfer window around the corner, speculation is rife about who the Red Devils could sign to boost their Premier League bid.

United have missed out on both Jadon Sancho and Erling Haaland over the past 12 months - but Ferdinand says they should look closer to home for the perfect player to boost their attack.

That player is Son Heung-min, who has scored 13 in all competitions this season for Premier League leaders Tottenham.

And while Jose Mourinho's side are highly unlikely to allow one of their star players to leave - especially to one of their rivals - Ferdinand feels the forward would not be out of reach for Red Devils chief Ed Woodward.

"Son - if there's a player I could take now who I feel is get-able, he'd be up there as one of my first picks," said the former United defender on Rio Ferdinand presents FIVE. "Definitely in my top three."

I love the way he plays - he directs, he hurts teams, he wants to score all the time, he can go off both feet, he looks like a fantastic lad as well."

South Korea captain Son is widely considered one of the best Asian footballers to have played in Europe.

And while Ferdinand is a huge fan of the 28-year-old, he remembers playing with another of South Korea's greats - former United midfielder Ji-Sung Park, who he said gave Juventus legend Andrea Pirlo "nightmares" in a Champions League game.