Rumour Has It: Erling Haaland Available For €75m Amid Real Madrid, Man Utd And Liverpool Links

Erling Haaland is linked with a move away from Borussia Dortmund after dominating with the Bundesliga giants. Erling Haaland will reported... 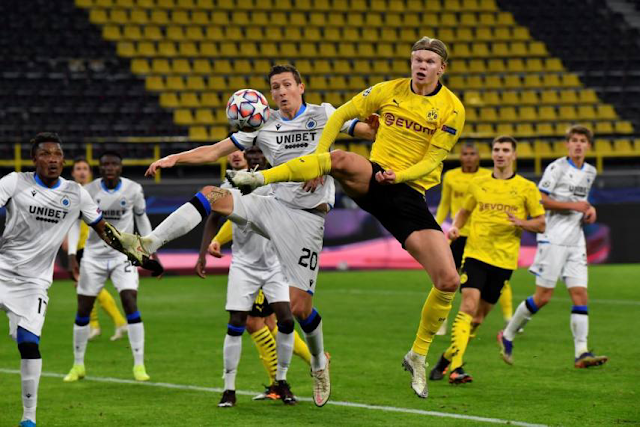 Erling Haaland is linked with a move away from Borussia Dortmund after dominating with the Bundesliga giants.

Erling Haaland will reportedly cost a suitor €75million next year, while Dele Alli could be set for a Tottenham exit.

Haaland is linked with a move away from Borussia Dortmund after dominating with the Bundesliga giants.

And the 20-year-old could be available for an affordable fee next year.

Haaland can leave Dortmund for €75m next year, according to Esport3.

Real Madrid have been most heavily linked with a move for the forward, while Manchester United and Liverpool are also credited with interest.

Haaland, who is sidelined with a hamstring injury, has scored 33 goals in 32 games since arriving at Dortmund from Salzburg in January.

- Struggling for game time at Tottenham, Dele Alli could make a move in January. The Daily Mail reports Paris Saint-Germain are set to make another loan bid for Alli next month. Alli has played just 67 Premier League minutes this season.

- Amid inconsistent form and with injury worries, Barcelona may also be looking to strengthen in January. Sport reports Eric Garcia wants to join the club from Manchester City but may have to wait until the club's presidential election, which is due to be held on January 24. Garcia and Lyon star Memphis Depay feature on the cover of Mundo Deportivo, which says Ronald Koeman wants signings in January for Barca, who are ninth in LaLiga.

- Manchester United are considering their defensive options. The Manchester Evening News reports United are huge admirers of Brighton and Hove Albion defender Ben White, who is among their options alongside Real Madrid's Raphael Varane and RB Leipzig's Dayot Upamecano.

- A player who could exit Manchester United is Marcos Rojo. The Sheffield Star reports Sheffield United are interested in the defender.