Musician, artist and actor Goldie revealed how he halted the filming of a James Bond film when Ryan Giggs scored his famous FA Cup goal ag... 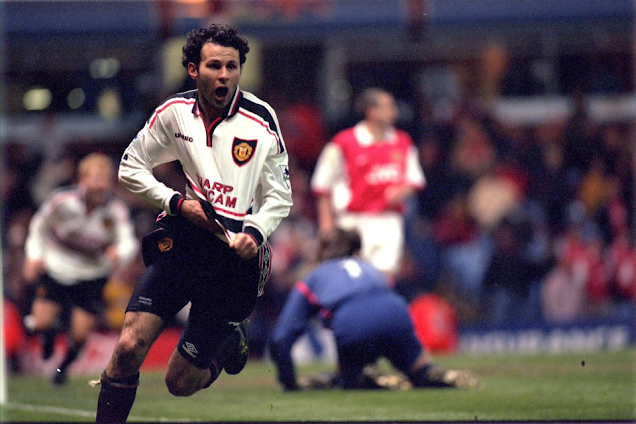 Musician, artist and actor Goldie revealed how he halted the filming of a James Bond film when Ryan Giggs scored his famous FA Cup goal against Arsenal in 1999.

The Manchester United legend’s solo strike against the Gunners in the replay of the semi-final is iconic.

His jinking run was capped off with a spectacular finish past David Seaman and everyone will remember him whipping off his shirt to celebrate.

Goldie was filming The World Is Not Enough, which featured Pierce Brosnan and Robert Carlyle, while the game was going on.

He joined talkSPORT Breakfast on Tuesday morning ahead of a new documentary about his life, called The Art That Made Me, and recounted the story of that famous goal.

Goldie said: “The best bits we were I had to stop the set of James Bond. I was in a caravan and Giggsy just scored in that remarkable 2-1 win and took his shirt off.

“I ran out of the van shouting ‘YES!’ And I kind of destroy a take on the James Bond movie and they had to recalibrate and do that, so I think I lost a bit of money that night.”

Ally McCoist added: “You cannot tell me that Blofeld and Jaws have tried to stop James Bond all this time and it was Giggsy who did it.”

Goldie is currently based in Phuket, Thailand and if he wants to watch the Manchester United games he has to stay up late to watch them.

He added: “We get the games but to be honest the way that United have been playing I’d rather watch Watford at home at the moment. It’s been awful.

“It’s also the pain of staying up for the game. I phone my mate and say ‘is the game on?’ And he says ‘don’t watch it just fast forward it. We won but just about’.

“It’s going to have to be a complete rebuild for me and I do get to see the odd game and I just get sent funny memes to me.

“Rashford for me has been impressive for me throughout his career not just on the pitch but off it as well. He’s doing some really positive moves, along with Lewis Hamilton, I think as sportsmen being outside of that and having a bigger voice is good.”