Considering Manchester United‘s stature in English football, it’s always a big occasion if you manage to beat them. West Ham, in particular,... 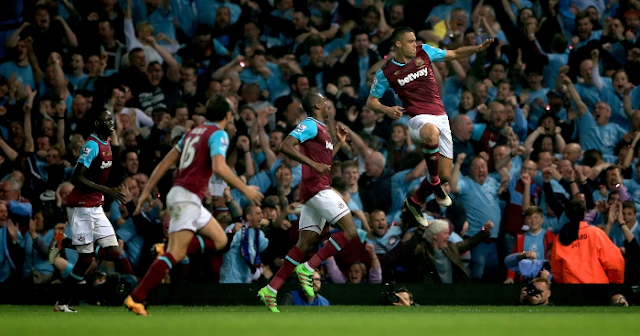 Considering Manchester United‘s stature in English football, it’s always a big occasion if you manage to beat them.

West Ham, in particular, are a club who have had some especially outstanding results against United over the years.

They’ve denied them league titles, saved their own skin in relegation battles and said goodbye to Upton Park in breathtaking fashion.

We’ve run through seven of the Hammers’ most iconic victories against the Red Devils.

The final game at Upton Park

We couldn’t start anywhere else, as this night in 2016 saw one of the most memorable matches in West Ham’s entire history.

Anthony Martial thought he’d ruined the party with a brace after Diafra Sakho’s opener, but goals from Michail Antonio and Winston Reid – which were just five minutes apart – sent the stadium into rapture.

The most memorable of West Ham nights was finished off with a ceremony that celebrated the club’s history.

For Louis van Gaal’s United, meanwhile, it meant they were pipped to Champions League qualification by Man City. Ouch.

In 1991/92 – the last season before the Premier League rebrand – West Ham were already relegated, while United were contesting a close title race with bitter rivals Leeds United.

This was Alex Ferguson’s sixth year at the club and he was desperate to end the club’s now-unthinkable 25-year wait to win the league.

Despite their struggles that season, the Hammers were able to come away with a 1-0 win in the late-season encounter, thanks to a counter-attacking goal that was finished off by Stuart Slater.

United then went and lost against Liverpool, sparking wild celebrations over in Leeds as Howard Wilkinson’s side – in only their second season back in the top flight – pipped them to the top spot.

West Ham still went down, but there was a certain level of schadenfreude here.

The more famous example of West Ham robbing United of the league trophy, mainly because it was on the final day.

Ludek Miklosko was the man of the moment, putting in a performance so terrific that the Czechoslovakia international was applauded whenever he played at Ewood Park, as Blackburn Rovers fans appreciated the part he played in their 1994/95 title win.

The stopper may have conceded in the 1-1 draw, but he somehow denied United a match-winner in one of the league’s all-time great goalkeeping performances.

For most of the 2006/07 season, it had looked as though the Hammers were doomed. With nine games remaining, they had a paltry tally of just 20 points.

Then Carlos Tevez showed the absolute genius he’s capable of, leading the club to six wins in eight games before travelling to Old Trafford, giving the men in claret and blue a chance of staying up.

The Argentine finished off the job on the stroke of half time, as the number 32 played a one-two with Bobby Zamora, before the ball popped into the air off Wes Brown.

As the ball dropped back down and hit the floor, Tevez placed it past Edwin van der Sar, keeping West Ham in the Premier League in the process with a 1-0 win.

West Ham were sued by Sheffield United, but the fans won’t have cared as he became instantly idolised. 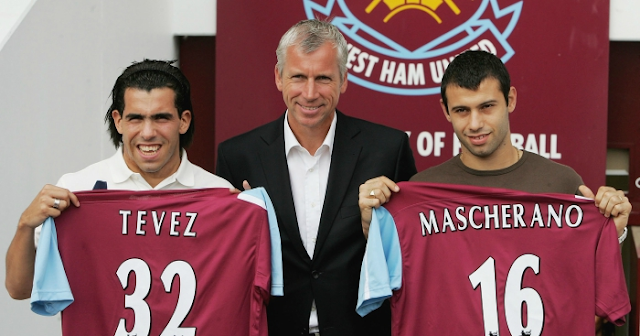 Winning in the snow

Jonathan Spector and Carlton Cole both scored a brace in the same game. It doesn’t get too much more satisfying than that.

It was a Carling Cup quarter-final in the snow and West Ham embarrassed Ferguson’s men by beating them 4-0 to get through back in 2010.

This cup campaign was to end in frustration though, as the Hammers lost over two legs against Birmingham City.

During Ferguson’s time as Red Devils manager, it was highly unlikely that a player would embarrass the Scotsman’s team, but Paolo Di Canio did it.

The Hammers talisman had been played in behind the defence and was met by Fabien Barthez, who had his arm up to appeal for an offside call.

The Italian was unfazed and slotted the ball past the stopper, making him look like a complete idiot. We absolutely love Di Canio for this.

The first at London Stadium

In 2018/19, West Ham secured their first win over United at London Stadium and did so in style, earning a 3-1 victory.

A flick from Felipe Anderson, an own goal from Victor Lindelof and Marko Arnautovic’s cool finish were enough to secure all three points for the Hammers.