Siri, The Apple Device's (iPhone, Apple Watch, iPad) Virtual Assistance. What it is and How to Enable it.

Siri: Apple Device Virtual Assistance In this article, you will understand what Siri is, how Siri can help you perform the everyday task, ... 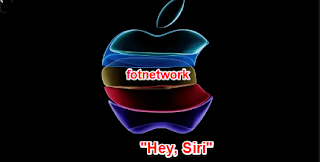 In this article, you will understand what Siri is, how Siri can help you perform the everyday task, and how to access Siri on your, iPhone, iPad, Apple Watch, and other Apple devices that feature the software. The new improvements added to this exciting feature on the new iOS, iPadOS, etc. shall be discussed also.

Siri can be defined as a software developed by Apple and is available in almost all the iPhone and iPad models from the tech giant. It is developed to act as a personal assistant to the user. It is built to help in speech interpr0etation and recog0nition inter0face.

Siri is Apple’s response to Samsung Bixby and Google’s Assistant, developed by Google. These virtual assistants have similarities in they respond to queries on them.

To enable it to perform effectively, Siri uses speech-to-text technology to perform tasks commanded. By this very action, Siri helps the user to save time and effort. For example, rather than making out time to type messages to send to someone, you could dictate that to Siri while doing something else, and Siri will type the text as you dictate to it and also send such messages to the recipients at your command.

What Siri can Do for You:

There are a few crucial tasks Siri can assist you to carry out. When called upon, the virtual assistant will make you stay away from your iPad’s or iPhone's keyboard while you engage in other things that matter.

The functions of Siri include the following:

Locate “Settings” on your home screen.

From the new screen that opens, locate, and click “Siri” option, as shown below. 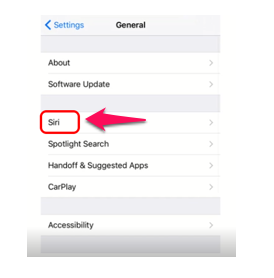 From the options that pop-up, click to enable Siri active.

From the options that pop up on the screen, select “Enable Siri.” 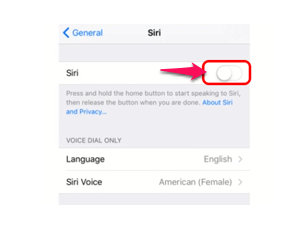 You may now access the Siri settings by pressing and holding the power button on your iPad until it appears. Alternatively, you can get Siri’s attention by saying, “Hey Siri.” That is if you have that option activated. When Siri responds, you can request from it what you want to be done.

For iPad Pro, Siri has been improved upon with new fascinating features added to it. As mentioned above, some of the additional features on Siri include:

Useful Siri Commands you Should Know:

Many Apple devices’ users are familiar with what Siri can do. However, what many do not know or are not good with is actually engaging Siri’s services in their daily tasks. A lot end up asking the assistant for jokes and things not expected from her.

Listed in this section is a list of the useful Siri command you can use daily:

Siri: Ok, I added a note, the iPad Pro can take landscape photos.

Siri: Texas is about 300 miles away as the crow flies. Then it will go ahead to display the direction of Texas from your location and how long it will take you to get to the destination.

Siri will go ahead and play the message to you.

Siri: Apple stock is way up. She will go ahead to display the stock price of Apple and the predictions attached to it.

The list can go on and on. Siri is willing to answer more questions that border on mathematics, Languages. She can assist in making calls to contacts on your phonebook, send text messages, and helping you read them- just say the command, and Siri got you covered.

What Siri May not Assist you to do:

There are several activities not programmed for Siri’s assistance. Therefore, requesting her help in such situations will be hitting a brick wall.

Below are a few of the actions or activities that Siri may not have answers to: