Manchester United were tame during Saturday’s goalless draw with rivals Manchester City with Ole Gunnar Solskjaer saying “everyone should ... 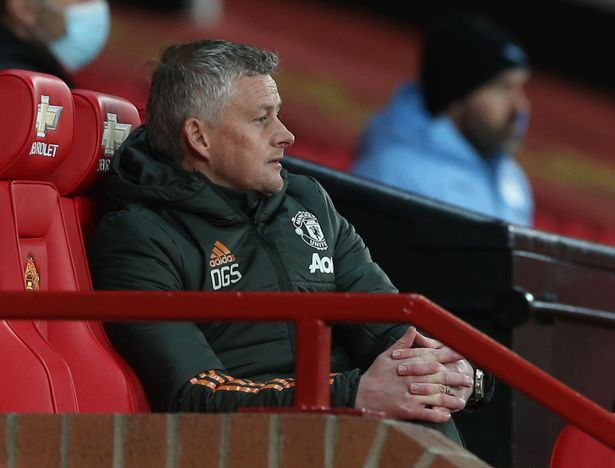 United and City’s clash on Saturday will not live long in the memory with both teams seemingly focused more on not losing than they were winning.

Solskjaer thought a point suited both teams, saying after the Old Trafford clash: “They probably had the bigger moments in open play. Everyone should be happy with a draw.”

Though it’s a comment that seems to go against the mantra of Red Devils legend Fergie.

One of Ferguson’s quotes is stencilled onto one of the walls inside Old Trafford, and Solskjaer should have perhaps been reminded of it.

The quote from Ferguson reads: “I've never played for a draw in my life”.

Solskjaer has often said he takes inspiration from his former boss, though seemed to ignore that particular quote on Saturday.

The current United boss had previously said: “He's influenced me with everything to be fair.

“The way he's dealt with people, the way he was the manager of the club, how he kept 25 international players happy, hungry and wanting to improve. But also the [way he dealt with] staff in and around the place.

“He’s been my mentor. From my injury in 2003 at least, I was making all the notes, what he did in different, certain situations.

“Of course I've already been in touch with him, because there's no one better to get some advice from.

“If you play at Man United, you play without fear and you play with courage. “You go out there and express your skills.

“I’ve had the best [manager]. He [Sir Alex] just said 'go out and express yourselves, take risks.'

”The last game he had as a manager was the 5-5 draw against West Brom. Of course you don't want to concede five goals, but that was almost the perfect end for him as a manager, with the way he played football.

“I want the players to just be similar to the kids that love to play football and go out [to play] in front of the best fans in the world.”