Had it not been for the deathly silence inside an empty St. Mary's on Sunday, Manchester United's comeback win would have felt exact... 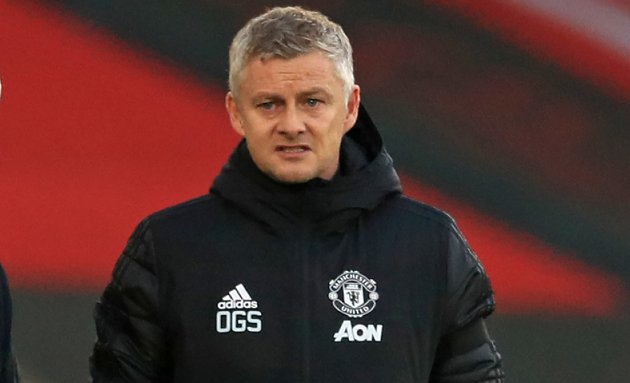 Had it not been for the deathly silence inside an empty St. Mary's on Sunday, Manchester United's comeback win would have felt exactly like the glory days of Sir Alex Ferguson.

From the heroism of the clinical striker scoring late on to the energy and purpose of their second-half performance, pinning Southampton back and urging the ball into the back of the net, Ole Gunnar Solskjaer's half-time change inspired a classic United turnaround.

But herein lies the chief problem with Solskjaer's reign: he may manage with some of Ferguson's principles - and even some of his knack for late drama – but we are not in that era anymore. The Premier League in 2020 is nothing like it was a decade ago, where individualism, bravery, and strong man-management could carry sides to title wins. These days, it takes a tactical sophistication and consistency that Solskjaer lacks and that, perhaps counter-intuitively, was more noticeable because of the way in which Man Utd were able to turn things around.

A sympathetic read of the game would be that Solskjaer made a tactical switch at half-time and reaped the rewards; that, after failing to finish several good chances in the first half, he brought on a razor-sharp finisher and things clicked into place.

But that requires belief in a version of Premier League football now consigned to the past, to a time when picking a formation and preaching a vague notion of attacking football was enough on the tactics front; when motivation and steeliness were more important than the configurations of the team.

The biggest problem with Solskjaer is that his United float aimlessly for long periods of matches and struggle to break down teams who sit deep, betraying his inability to coach 'automatisms': the choreographed moves practiced repeatedly in training to give structure to attacks. Unlike the best modern managers, from Jurgen Klopp to Julien Naglesmann, Solskjaer expects his players to largely improvise, and that need to problem-solve in the moment can leave them flat and out of ideas for long periods – hence their up-and-down form under the Norwegian.

And unfortunately, Sunday's 3-2 win was another example of that. Solskjaer's decision to play a diamond 4-4-2 was peculiar, and somewhat predictably saw them go into the break 2-0 down. Southampton's narrow 4-2-2-2 formation sees them dominate the central areas on the break, and perhaps Solskjaer was hoping to shut down these areas, but instead he simply overcrowded the middle of the park.

United had nothing out wide in the first 45, leading to some stale possession and difficulty getting behind the Southampton defence.

In the second half things dramatically improved, but only because the introduction of Edinson Cavani raised the tempo, providing a temporary injection of purpose to the buzzing Fred and Donny van de Beek. Southampton, whose drop-off in the second half of matches is well documented, inevitably tired and began to give more space to their opponent, and sure enough United were able to pin them back, eventually carving out chances – and goals – thanks to the brilliant instinctive movement of Cavani.

'Instinctive' is a problematic word for Man Utd under Solskjaer. In key moments his players, possessing more talent than their opponents, will use that instinct and clinical edge to win games, often inspired by Solskjaer's strong man-management skills. But for this club to be a success in the modern era they need far more detailed intervention from the bench.

United's win on Sunday was a victory for individualism, for psychological strength in key moments, and while that used to be enough for the club to win titles we have entered a whole new phase of the English game in which those qualities are not enough.

Since Antonio Conte's arrival in the Premier League in 2016, more than 93 points has been needed to win the division, thanks to the automatisms coached by Jurgen Klopp, Guardiola, and Conte giving their respective teams a relentless cohesion. Rarely have Manchester City or Liverpool required individuals like Cavani to grab the game by the scruff of the neck; rarely have they found themselves 2-0 down and looking out-run and out-thought at half-time.

Clearly Solskjaer deserves credit for his intervention at St. Mary's, but celebrations ought to be muted. It is tempting to believe the glory days are coming back whenever Solskjaer achieves something Fergie-esque. Sadly, it is these moments more than any other – when performances mimic an era that is now irrelevant to the modern game – that we see the ultimate limitations of the Solskjaer tenure.