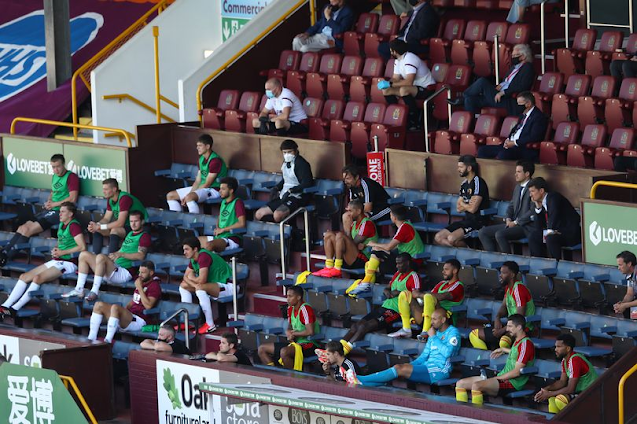 The Premier League spending gap was highlighted by Burnley's defeat to Man City last weekend with the Clarets naming untried Academy prospect Josh Benson in midfield while they had another youngster Mace Goodridge on their bench.

Meanwhile, Pep Guardiola could afford to name Raheem Sterling as a substitute as well as hundreds of millions of pounds alongside him as City recorded a 5-0 win.

The disparity is one of the reasons clubs, including Burnley and manager Sean Dyche, remain against the five sub rule being introduced in the top flight.

Guardiola, along with Liverpool chief Jurgen Klopp have been calling for a return to the system used after Project Restart with the latter again vocal after his side's draw with Brighton last weekend.

The Liverpool manager claims that it’s vital for player welfare that the rule which allowed up to five subs a match be reintroduced.

And using transfermarkt.co.uk’s player market values, we can see just how stark the differences between different clubs’ benches are.

The players on Manchester City’s bench have had a combined value of £193.1m between them for every league game on average this season.

By contrast, Burnley’s bench has been worth an average of just £15.5m, 12 times less than that of City’s.

And the Clarets figure is often swelled by £11m man Matej Vydra, highlighting the lack of squad depth Dyche has to work with.

He has been forced into naming untested youngsters on the bench this season due to a combination of poor recruitment and injuries with Benson, Goodridge, Bobby Thomas and Anthony Glennon having been called on from the Academy this term.