How did this happen? Match day 6 of the UEFA Champions League group stage is usually a time for formalities. Instead, for Manchester United,... 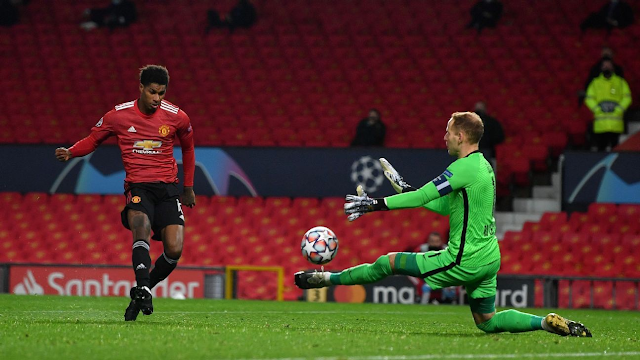 How did this happen? Match day 6 of the UEFA Champions League group stage is usually a time for formalities. Instead, for Manchester United, in the space of a week, they have gone from a side all but guaranteed a spot in the knockouts - and from the top position too, meaning they would be playing a group runner-up, which should be an advantage.

Instead, last week United capitulated against Paris Saint-Germain (PSG) 3-1 and, on the same night, away in Turkey, third-place Red Bull Leipzig won a seven-goal thriller. That now means, in Group H, the top three sides are all on nine points. The end of the group stage has brought everyone back to square one and, of Manchester United, PSG, and RB Leipzig, only two can progress.

Trying to predict what United will do next is borderline impossible. In the Premier League, where they are currently on a great run of four big wins, in each of those games, they were losing the first half and then mounted a comeback in the second. This shows that even within the 90-minute confines of a single football match, Ole Gunnar Solskjaer's side lack consistency.

The first time United faced RB Leipzig, it was a 5-0 rout, and Ole's men will be looking for a repeat, however, United have yet to be able to "do the double" over anybody. Against PSG, one of the world's richest clubs, the biggest team in France's Ligue 1 and last year's Champions League finalists, this makes sense as Les Parisiens are formidable opponents.

Against Basaksehir, the underdogs of Turkey's Superlig and debutantes to the Champions League, it's unacceptable, particularly when their 2-1 loss to the Turkish side came from a remarkable self-inflicted mistake; by sending the entire team up to get a corner and break the 1-1 deadlock, Basaksehir's Demba Ba was able to steal the ball and run the entire length of the pitch unchallenged to score the winner.

Although United should be going into this as favorites, this inability to win home and away will definitely be lingering in the back of his players' minds. To make matters worse, not only do Leipzig have a formidable home record - something extra remarkable as the lack of fans due to COVID-19 protocols has rendered the concept of home team advantage null for plenty of other teams - but Ole is going into this game with several of his big names unavailable.

The most obvious is the lack of Fred. The Brazilian midfielder was shown a red card against PSG last week and so will have to be replaced. He had an increasingly solid connection with his counterpart Scott McTominay, and that chemistry will be missed. The bigger issue, though, is up front as both Edinson Cavani and Antony Martial were injured in their 3-1 win over West Ham this weekend. Marcus Rashford scored a hattrick against Leipzig last time, and United will be relying on him doing the same again at the Red Bull Arena.

They will need all the attacking firepower they can as Leipzig have tightened things up massively since their last fixture with United. Since that game at the end of October, they have only lost twice, both narrow 1-0 losses away from home.

Manager Julian Nagelsmann has to be commended to what he has done with this side this year. Not only are they missing last season's star players Timo Werner and Ademola Lookman, who both departed for the Premier League this summer, constant goal scorer Fabrice Hartmann and intended Werner replacement Hee-Chan Hwang are out with an injury and the coronavirus, respectively.

This past weekend, Leipzig drew 3-3 with Bayern Munich in the Bundesliga. A win would obviously have been preferable, but being able to keep the pace with the best team in Europe by a wide margin must have given Nagelsmann's team a lot of confidence going into their final group stage game.

This will likely be the deciding factor: mentality. United are rocky, and they know this, they also know that to progress (due to goal difference), all they need is a draw, and that can be a difficult hurdle to get past, particularly when facing opponents like Leipzig who are driven and need a win above all else.