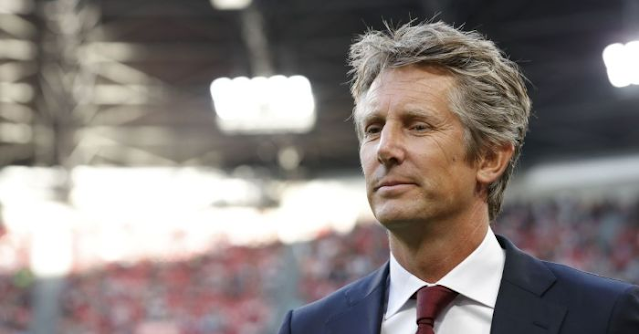 The 50-year-old spent six seasons at United before retiring in 2011 and is now in the boardroom at another of his former clubs, Ajax.

The Eredivisie giants – who have a tradition of developing world class talent – sold Hakim Ziyech and Donny van de Beek to Chelsea and United respectively this summer.

“It sounds strange but we are almost honoured if Real Madrid, Barcelona and Manchester United are coming for our players,” Van der Sar said.

“Of course, I’d rather keep them. But having been a player myself, if you give us great service, league titles and commitment, then we think with you and set you along for the next part of your career.

“But we hope that you come back to Ajax and play for another one or two years, come onto our coaching staff or be like myself and Marc (Overmars).

“We know the ambition of the players and if our players are not good enough to be scouted by the top clubs, then we are doing something wrong.

The Ajax chief executive then explained his current role using a United analogy.

“I step in when it is needed,” he said. “When there’s a through-ball between Nemanja Vidic and Rio Ferdinand (he claps his hands) then I go out and get it. It’s similar now.

“If they are stuck with a problem that they can’t solve or I see things are going wrong I ask: ‘What are you doing? Why are you doing this? Can I help you?’

“That way, I try to be the sweeper-keeper that I was as a player, now as a chief executive.

“Maybe I exaggerate a little. Because it’s not that simple — it’s a proper job being a chief executive.”