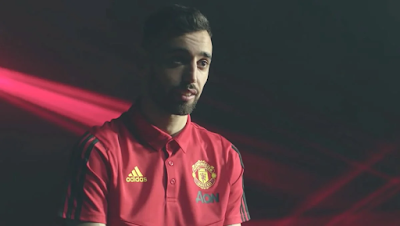 Bruno Fernandes has revealed that he and his Manchester United team-mates were left frustrated by their 2-2 draw with Leicester City in the Premier League on Boxing Day.

The Red Devils headed into the clash at the King Power Stadium looking to make it three wins in a row in the Premier League but they were twice pegged back by the Foxes as they had to settle for a point away from home.

The result meant that Ole Gunnar Solskjaer’s men missed the opportunity to close the gap to leaders Liverpool FC to just two points ahead of the Reds’ clash with West Brom on Sunday.

Manchester United have been in good form in the Premier League in recent weeks and their solid displays in the top flight have helped to prompt talk of a potential title challenge this season.

And Fernandes has admitted that the reaction by his team-mates to Saturday’s draw shows how far the Red Devils have come in recent months.

Speaking to BT Sport after the final whistle on Saturday, Fernandes said: “I was really happy when I got in the dressing room and I saw everyone disappointed and saying the things we had to do better.

“You are creating a winning mentality and we are not happy with this point.

“We are frustrated, we know we had the chance to get three points, it was important for us because we want to win all the games.”

He continued: “They have a good team, but we had the chances to win the game and be more than 2-1 at 85 minutes.

“They’re a really good team, we know they defend well, they don’t give a lot of space to play. We missed chances to score, or the last pass wasn’t good enough.”

Fernandes and his Manchester United team-mates will attempt to get back to winning ways in the Premier League when they take on Wolves at home on Tuesday night.