How to watch Leicester vs Manchester United on Boxing Day. Whoever wins will remain second in the league and close the gap on leaders Live... 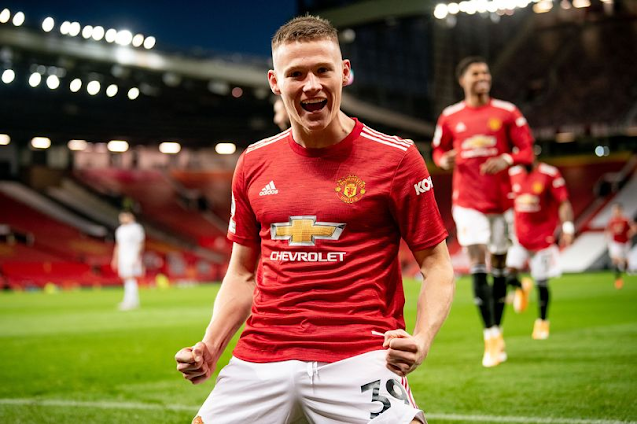 How to watch Leicester vs Manchester United on Boxing Day. Whoever wins will remain second in the league and close the gap on leaders Liverpool who play later in the day.

Manchester United’s red-hot away form in the Premier League will be put to the test on Boxing Day when they go to Leicester City.

Despite an up-and-down start to the season, Ole Gunnar Solskjaer’s side have won their last 10 top-flight games away from Old Trafford.

That form - coupled with last weekend’s 6-2 demolition of Leeds - has put them third in the table, one point behind the Foxes who have played a game more.

Man Utd haven’t had much of a Christmas break, this fixture coming three days after their Carabao Cup quarter-final at Everton, whereas Leicester haven’t played since Sunday.

Leicester and Man Utd play the first of six Premier League fixtures on Boxing Day, kicking off at 12.30pm.

Two more matches - Aston Villa vs Crystal Palace and Fulham vs Southampton - get underway at 3pm, before Arsenal take on Chelsea in an all-London showdown at 5.30pm.

The day’s action is rounded off by two 8.30pm kick-offs; Manchester City vs Newcastle and Sheffield United vs Everton.

BT Sport will be showing three Premier League games on Boxing Day, starting with the lunchtime kick-off in Leicester on BT Sport 1 from 11.30am.

The two 8pm matches at Man City and Sheffield Utd will also be on BT.

Fans with subscriptions can stream the game through the BT Sport app.

Arsenal vs Chelsea will be on Sky Sports, as is Fulham vs Southampton, while the remaining fixture between Aston Villa and Crystal Palace will be on BBC One.

The road trip specialists take on Brendan's broken home-boys, which is why bookies thepools.com make Manchester United13/10 favourites to win the Boxing Day showdown - and Leicester a big looking 2/1. The odds on United still look generous.

Brendan Rodgers' side have been excellent away from the King Power, but have lost four of their seven home games, while United have a remarkable 100% win ratio on the road - a record which they topped up with another win on Wednesday in the Carabao Cup at Premier League rivals Everton.

Both Teams To Score looks an appealing market. Five of the seven sides to visit Leicester have scored and BTTS has landed in each of United's nine matches away from Old Trafford this season.

Odds courtesy of thepools.com and subject to change.