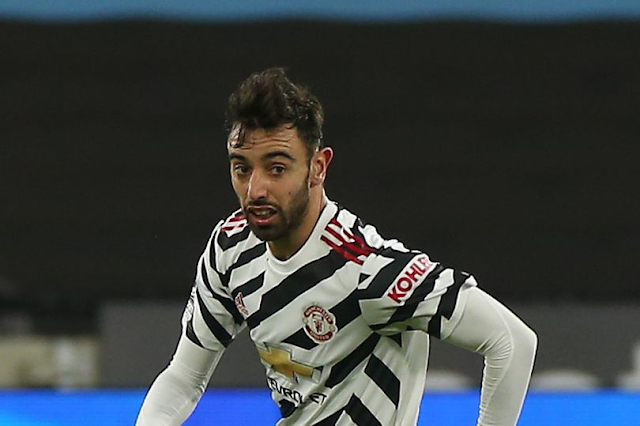 Fernandes had started in all 23 league matches he had been available for up to United's trip to West Ham, where he was named as a substitute.

However, United's trailed 1-0 at half-time and their woeful first-half performance convinced Solskjaer to introduce Fernandes at the pause and he teed up Paul Pogba to equalise.

United travel to RB Leipzig on Tuesday for their final Champions League group stage game and must avoid defeat if they are to progress through to the round-of-16.

"I think this season is going to be such a long and hard one and when players have got niggly injuries," Solskjaer explained. "He’s been kicked so many times these last few weeks and he had a sore foot, so I didn't want to use him from the start.

"We've got a big game on Tuesday, we have a  good squad with loads of quality and talent out there, so we decided to go with the starting line-up that we did."

United were unrecognizable in the second-half at West Ham after a rudderless first-half display in which they patently missed the influence of Fernandes.

Despite conceding first again, United have won their five league away games from losing positions this season, scoring at least three goals in all five triumphs.

"You have to look at what you can do better," Solskjaer said. "First-half, we weren't really at the races, we had loads of the possession but we couldn't control the game and couldn't create anything because there were not enough runs in behind.

"We didn't create enough spaces, we didn't make the right movements but we did that in the second-half. We tweaked a few things tactically and they worked."