Fred did not travel with the Man United squad for their Premier League win over West Ham after starting in the previous six league fixture... 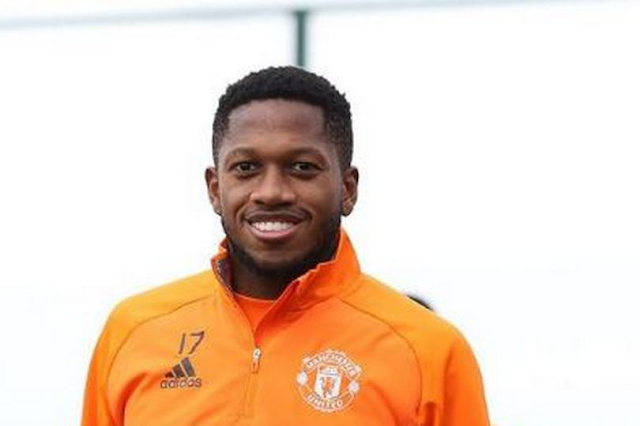 Fred did not travel with the Man United squad for their Premier League win over West Ham after starting in the previous six league fixtures.

Fred was rested for Manchester United's trip to West Ham to prepare him for the Manchester derby next week.

The Brazilian did not travel to London for United's 3-1 victory and is suspended for their final Champions League group stage tie at RB Leipzig on Tuesday.

Provided Fred is recalled for the visit of City next Sunday, he will have had a 10-day breather without any matches and the 27-year-old has also not been on international duty this season.

Fred had started United's six Premier League games prior to the West Ham win but manager Ole Gunnar Solskjaer said he wanted more physical midfielders in his side to combat West Ham.

"Fred’s not injured," Solskjaer clarified. "He’s getting ready for the rest of the season because we've got a long season it was a tactical decision to go with more physically strong, or height, height is more right than physically right.

"Paul [Pogba] and Scott [McTominay] and Nemanja [Matic] were my three midfielders I brought down for this one."

West Ham were furious Pogba's 63rd minute equaliser was allowed to stand as they felt Dean Henderson's clearance had curved out of play. Technology that was not available to the Video Assistant Referee suggested the ball had not remained in play and Solskjaer is against more technological introductions to the game.

"The ball went more or less over my head so I can’t really say," Solskjaer added. "The linesman is in the best position to call it and he said it was clearly inside. Very, very good goal by Paul so if it was out, we were lucky. But the referee didn't make the call.

"There are so many things we can discuss on VAR, if it's this, that or the other. Like Fred got sent off against PSG for something that was clearly not a foul, so we can discuss absolutely everything.

"I think we should leave the game and understand that sometimes there is human error. Maybe it was a human error, I’m not sure, that’s the fantastic bit about football, that we can discuss things as well."