Anthony Martial was the only Man United substitution in the unwatchable draw with Man City at Old Trafford on Saturday.

Ole Gunnar Solskjaer felt Manchester United were so tactically settled they did not need to make any more substitutions in their stultifying derby draw with City.

United and City each managed just two attempts on target and Solskjaer and Pep Guardiola both only made one substitution.

Solskjaer and Guardiola have been vocal in calling for the Premier League to reintroduce the five substitutions rule in a gruelling season for players but Solskjaer only sent on Anthony Martial for Mason Greenwood in the 74th minute.

Nemanja Matic, Donny van de Beek, Juan Mata and Alex Telles all warmed up but were unused and United have now won one of their six home Premier League games this term, scoring three times - two of them penalties.

"The reason behind wanting more substitutes are, at times, when you can rest players, it's not to change the game too much," Solskjaer said. "Today, we felt the need to keep them and I don't think any of them really struggled.

"I was worried about Luke a little bit bit because he's been out for a while, but I thought he was excellent and absolute top.. If that was a 2-0 or a 2-0 win you'd take him off last 20 minutes.

"But we needed to keep the shape because sometimes if you change too many the players are out there and they have a feel for the game, then you can go a little off-base, so that was the reason."

Old Trafford has witnessed two goals in four league matches since United were trounced 6-1 by Tottenham on October 4, having started the season with a 3-1 home reverse by Crystal Palace. United drew 0-0 with Chelsea, lost 1-0 to Arsenal and narrowly beat West Brom 1-0 before the derby.

Solskjaer believes the low-scoring games since has been down to opponents aiming for a draw and Guardiola's unadventurous approach was questioned by pundits Roy Keane, Gary Neville and Micah Richards.

"These are good teams that come here and are handed a clean sheet, probably. So that is also the reason behind these results when you play against good teams and there's not a lot on games. They sometimes get decided by a marginal decision or a mistake by someone or a fantastic, magical moment by someone.

United could welcome supporters back to Old Trafford for the first time in more than nine months for next weekend's visit of Leeds United if Greater Manchester is put into Tier 2 when the UK government reviews regional infection rates of coronavirus on December 16.

Supporters have already been invited to apply to attend the match, with 2,000 matchgoers allowed into Old Trafford if Greater Manchester is placed in Tier 2.

"Well, I think we want the fans in safely and surely and there must be a way we can get more and more fans in quickly," Solskjaer added. "I know our club has have looked at it many, many times and are ready to get a lot more people than 2,000 or 4,000.

"We have a big capacity here and not many enjoy football more without fans. So the quicker we get the fans back in the better the football will be." 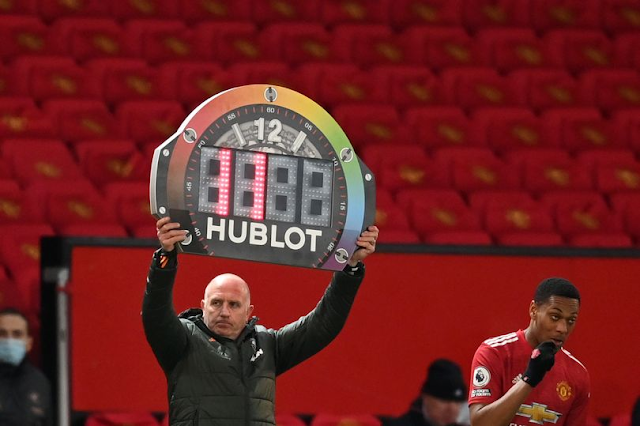