The trio lined up in the league for the first time since the 6-1 trouncing by Tottenham on October 4 when Martial was sent off in the first-half.

Martial's three-match domestic suspension preceded a poor spell of form for the Frenchman, who scored his first league goal since July in the 3-2 win at Sheffield United.

Rashford's double took him above Bruno Fernandes to become United's highest scorer this season on 12 and Greenwood netted his first league goal of the campaign at West Ham two weeks ago.

"I said before the game today we need them to kick on, we need them to start scoring goals, because we've done okay without them really firing and tonight they showed their capabilities.

"Now we need that consistency again and again. Very happy with all three of them. 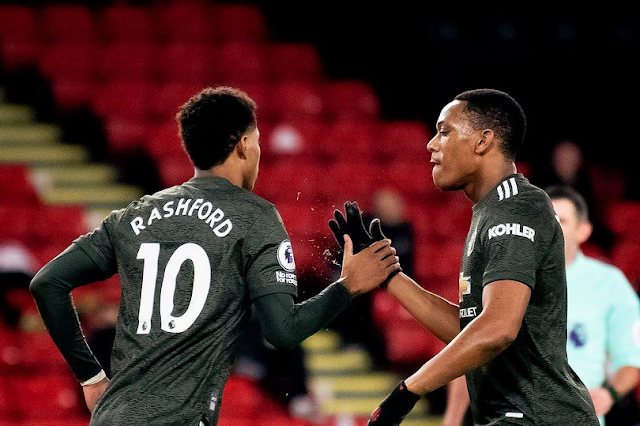