Why Paul Pogba is starting for Manchester United vs Man City 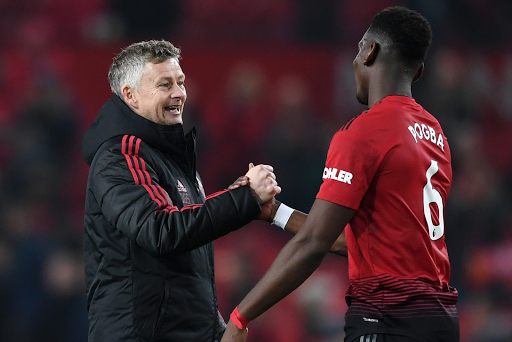 Pogba makes his second successive Premier League start for United in the Manchester derby after netting in the 3-1 victory at West Ham last week. That is despite recent comments from the Frenchman's agent Mino Raiola, insisting the 27-year-old is unhappy at Old Trafford and wants to leave.

Solskjaer reverted to a midfield diamond for the game against Pep Guardiola's side, fielding Pogba alongside Scott McTominay and Fred at the base, with Bruno Fernandes in the No.10 role behind Marcus Rashford and Mason Greenwood.

And speaking to MUTV before kick off at Old Trafford, the United boss explained his team selections.

He said: "We want to play well, of course Paul and Fred have had good performances, so we want to get them on the pitch today. We need energy, we need quality and and we need to play as a team.

On Pogba specifically, Solskjaer said: "Of course he got his injury during the international break, missed out a few games there. But played and then did his highest total of physical output against West Ham.

Speaking to Sky Sports, he added: "You look at every possibility [when choosing a team] but with the personnel we've picked, I hope we get what we want.

"There's no point talking off the pitch. On the pitch is where you do your talking and he [Pogba] needs to focus on his football."

United could leap four points ahead of City with a win in this evening's derby, which will be played behind closed doors at Old Trafford due to the ongoing covid-19 restrictions. United beat City 2-0 in front of a full house at Old Trafford in March before the pandemic.