Sergio Aguero wasn't due to start for Manchester City at Man Utd but the Argentine isn't in the squad at all. Sergio Aguero celebr...

Sergio Aguero wasn't due to start for Manchester City at Man Utd but the Argentine isn't in the squad at all.

Sergio Aguero misses out on a place in the Manchester City squad for the derby as he is suffering from gastroenteritis.

The Argentine striker returned from injury to score in a cameo appearance against Marseille in the Champions League on Wednesday, but Pep Guardiola had already confirmed he would not start at Old Trafford.

But Aguero isn't even on the bench for the Blues and while Guardiola is treating the 32-year-old's return cautiously anyway, he revealed he began to feel unwell on Friday, which is why he isn't involved.

"But it's step-by-step, we want to know exactly what is his form and condition and other guys in this moment are sharper than he is, that's normal.

"He was out for five or months, the last few weeks every training session he did and the reaction from Marseille on his knee and body is good."

John Stones does start for the Blues, his third successive Premier League start, and Guardiola doesn't want to disrupt the confidence he has found in recent performances. 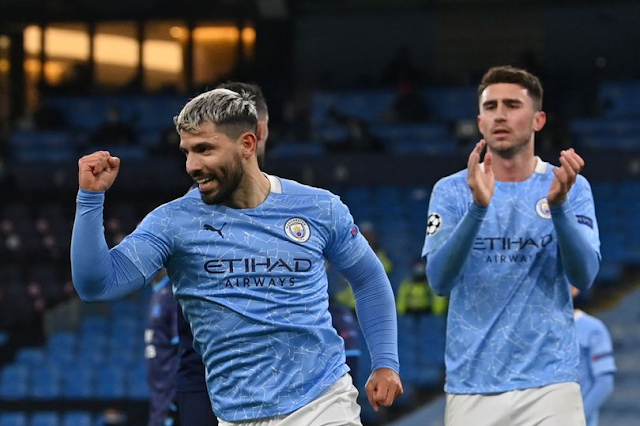