With seven English clubs, including Man Utd and Liverpool, scheduled to play in Europe in the coming months, the situation will be closely... 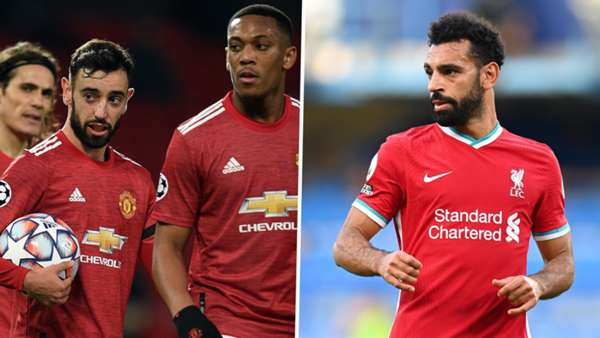 With seven English clubs, including Man Utd and Liverpool, scheduled to play in Europe in the coming months, the situation will be closely monitored

Football is a global business and certain competitions, such as the Champions League or World Cup, by their very nature, bring teams together from all over the globe.

Ordinarily that makes for a wonderful spectacle and fans marvel at the contrasting styles of teams from different countries, but it becomes something of a headache during a global pandemic.

The ever-changing nature of the Covid-19 public health situation has been difficult to manage and even saw a number of European countries impose travel bans from the United Kingdom in December.

Covid-19 cases related to a mutated strain of the virus in England have prompted concerns among neighbouring countries in Europe and further afield.

Is there a chance that these bans will have an impact on upcoming European football matches? Goal takes a look.

There is a very slim possibility that travel bans from the UK could affect upcoming Champions League and Europa League games involving Premier League clubs.

A number of countries across the world have brought in temporary bans on travel from the UK in the wake of news that a mutated strain of Covid-19 is causing a rise in infections in England.

Those countries include Spain, France, Italy and Germany, among others. Austria and Portugal also brought in measures, while the Czech Republic says that travellers from the UK will have to isolate.

In the Champions League, Manchester City and Liverpool are scheduled to face Germany's Borussia Monchengladbach and RB Leipzig respectively, while Chelsea will play Spanish outfit Sevilla.

Tottenham will lock horns with Austrian side Wolfsberger and Leicester take on to Czech opposition in the form of Slavia Prague.

The travel bans and advisories that have been issued are all short term, usually lasting only for a few days, though in the case of Germany, it has been extended for two weeks until January 6.

Diplomats are working together to come to a solution. Indeed, the European Union has encouraged countries to lift the travel bans and to allow essential journeys while minimising trade disruption.

In some cases, as with France, certain workers are permitted entry to the country provided they can present a negative antigen test - this is something that is likely to apply in the case of football.

However, given how quickly things can change, it is possible that some countries may extend the restrictions.

When do Premier League clubs play in Europe next?

The fact that the Champions League and Europa League knockout stage fixtures are not scheduled to be played until February or March offers cause for optimism that games won't be affected.

Liverpool are due to play the first leg of their Champions League last-16 tie against RB Leipzig in Germany on February 16, with the return leg set for March 10 at Anfield.

Chelsea are booked to play Atletico Madrid on February 23 in Spain, with Stamford Bridge hosting the Spanish side on March 17.

Pep Guardiola's Man City, meanwhile, are currently down to face Monchengladbach in Germany on February 24 before hosting them at the Etihad Stadium on March 16.

In the Europa League, the dates fall at the same time, with games involving Man Utd, Arsenal, Tottenham and Leicester all being played on February 18 and March 25.

You can see all the dates in the table above.