'You can't get away with that to your Sunday league manager': Manchester United fans think Bruno Fernandes TOLD Ole Gunnar Solskjaer to make a substitution after Fred was sent off in Champions League defeat by PSG

Bruno Fernandes appeared to shout over towards the bench in the 73rd minute  Shortly after, Paul Pogba replaced Marcus Rashford for Manche... 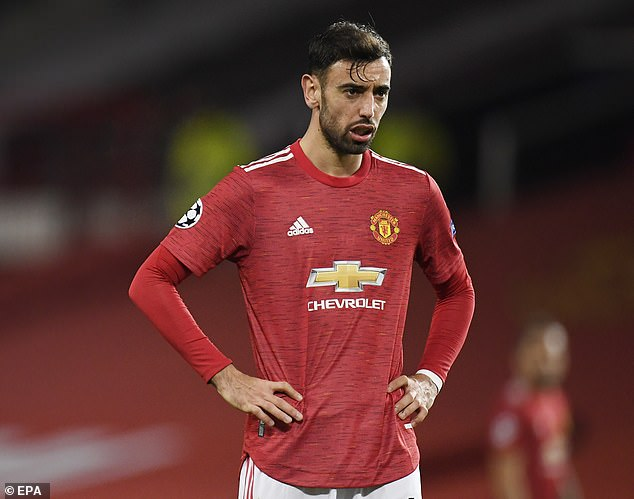 Bruno Fernandes has made an electrifying impression at Manchester United since his January move from Sporting Lisbon - and some supporters now think his sway stretches into the managerial dugout.

Ole Gunnar Solskjaer's side were defeated 3-1 by Paris Saint-Germain in the Champions League at Old Trafford on Wednesday night, meaning their European fate will go down to their final group game against RB Leipzig.

But United fans picked up on an incident during the encounter that left them wondering whether Fernandes was giving instructions to Solskjaer on how to manage the team in the second half. 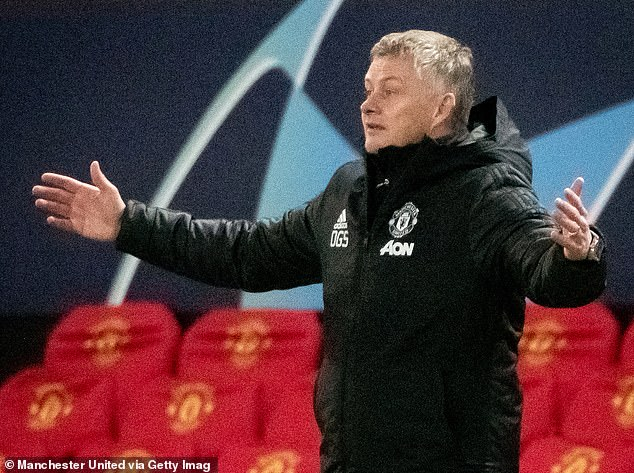 It occurred in the 73rd minute. As PSG were bringing the ball over the halfway line, Fernandes can be heard yelling what sounds like 'Ole' and then gesturing towards the bench.

The Portuguese midfielder's attention swiftly turns back to the pitch and the pattern of play that is unfolding in front of him, but in the 74th minute Solskajer brought on Paul Pogba in place of Marcus Rashford.

United were in need of extra midfield presence at that point - Fred was sent off for a second bookable offence in the 70th minute and United were down to 10 men. The Brazil international was fortuitous in avoiding red in the first half after appearing to headbutt Leandro Paredes.

But it was Fernandes' alleged exchange with Solskjaer that seemed to be of greater concern to a number of United supporters on social media.

'Bit late on this but I just saw that Bruno was shouting at Ole to make a sub last night?You cant really get away with that chat to your Sunday league manager,' one Twitter user wrote.

Another said: 'I just watched the highlights of MU vs PSG. I can’t believe the fact that Bruno told Ole to make a sub. PE teacher!'

One United supporter said that the incident left them fearing that Solskjaer might have lost the dressing room, saying: 'Makes me a little nervous that Bruno was getting mad at ole (sic) for not making subs, early signs that he may be losing the dressing room.'

United return to action on Wednesday night with a tricky trip to fifth-place West Ham in the Premier League on Saturday night. It will be the first Premier League games with fans returning, as London is in tier two following the end of the national lockdown.

United are ninth in the Premier League but have a game in hand that, at present, would move them level on points with third-place Chelsea and just two behind early leaders Tottenham.