Liverpool could’ve gone top of the Premier League with a win this afternoon yet they once again fired blanks. The Reds just couldn’t get i... 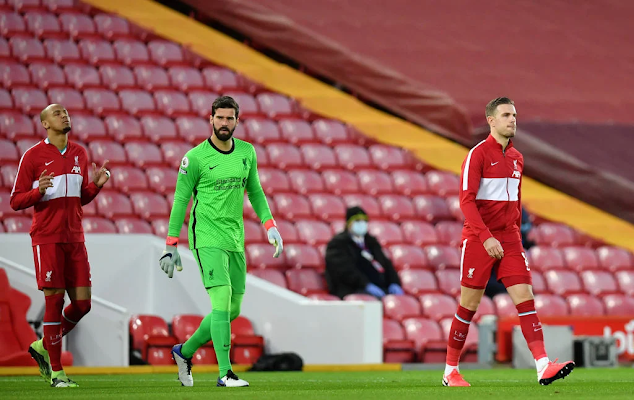 Liverpool could’ve gone top of the Premier League with a win this afternoon yet they once again fired blanks. The Reds just couldn’t get it to go in in a frustrating Anfield affair. Had Joel Matip played it may have been a different story. Here are our Liverpool player ratings v Man United:

A big game player who had a big game. Ali pulled out saves when he was needed.

Trent had a frustrating game, some unreal passes and some wasteful ones. He isn’t at his best but his best is just so hard to live up to.

You cannot fault him, what a defender. A natural defender. Just unreal.

Slotting in at the back he didn’t look out of place. My captain my captain.

Robbo didn’t manage to bag an assist but it wasn’t for the want of trying. He’s a little off the pace going forward at the minute but he doesn’t stop running.

A magician and a maestro. A dominant midfielder, he makes football look easy at times.

We’ll miss Gini when he’s gone, his industry in the middle makes all the difference in tight games.

Shaq was clever and inventive with the ball. Hopefully he can stay fit for a spell.

A touch too many every time, Mo is off the boil at the minute but he’ll get back to his best soon.

Robbed of a goal just before halftime. He never stops trying though and that’s always appreciated.

A generous six for Bobby. He missed too many chances and indicated we really could do with an out and out nine.