Jaden Philogene-Bidace in action against Sunderland in the EFL Trophy, a game Villa's under-21s lost 8-1 back in September. Belgian Pr...

Belgian Pro League side Club Brugge are the latest side to be linked with Aston Villa teenager Jaden Philogene-Bidace, who signed his first professional contract last year.

Club Brugge have become the latest side to show an interest in Aston Villa prospect Jaden Philogene-Bidace, according to reports in Belgium.

The 18-year-old winger has been in fine form for Villa’s under-23s this season and was nominated for the Premier League 2’s Player of the Month in November.

But the professional contract Philogene-Bidace signed last year is due to expire at the end of the season and a number of sides across Europe are believed to be keen on him.

Belgian newspaper Het Laatste Nieuws reports Brugge have identified the teenager as a target in the final week of the January transfer window.

Having allowed attacking players Krepin Diatta and Emmanuel Dennis leave this month, the Jupiler Pro League side are said to have added Philogene-Bidace to a ‘wish list’ which also includes Manchester United winger Facundo Pellistri, 19.

It comes after Bundesliga side RB Leipzig were scouting Philogene-Bidace, who has also been linked with Bayern Munich, Arsenal and Manchester City.

Villa think highly of the England under-19 international and will look to commit his future further should potential suitors act on their interest this month.

“I’m sure Aston Villa will do everything they can to tie this player down and not let him leave.”

“He’s a right footer but he plays off the left,” Abdulla told us. “He can come inside or go on the outside. The model winger.

“He hugs the touchline and can beat his man. (He’s) Very confident and very light on his feet and skips past tackles, not one of them that gets hit and goes down. He bounces off tackles. 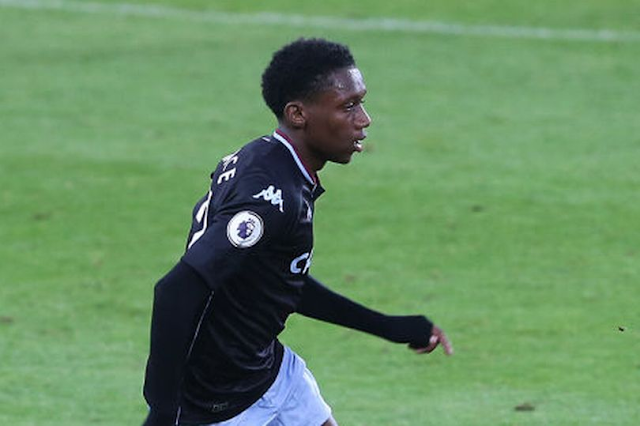