The Rams fans aren't keen on the latest name to be linked with the club as Wayne Rooney is said to be a big admirer of the former Manc... 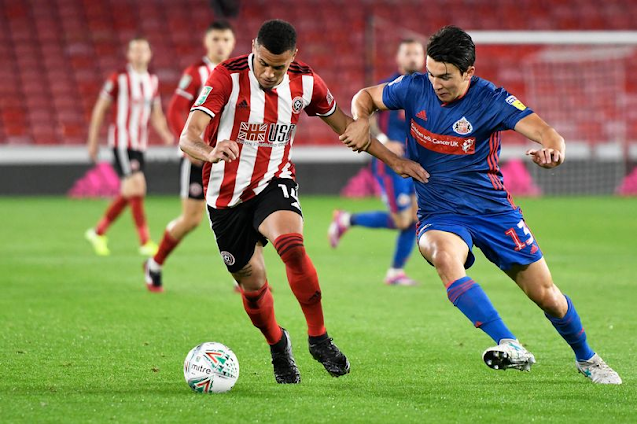 The Rams fans aren't keen on the latest name to be linked with the club as Wayne Rooney is said to be a big admirer of the former Manchester United midfielder.

Once tipped as the next big thing at Old Trafford, Morrison's career has failed to ignite as it was expected it might.

A player that Sir Alex Ferguson considered "the best player he had seen" as a 14-year-old.

Now it is former United superstar Wayne Rooney, who is being linked with a move for attacking midfielder.

It hasn't gone down too well with the Rams fans though, they see Morrison as a big gamble.

Here's what they have had to say:

jaseonlythetruth: Could of been great but like many other players has a bad temperament and cant shake off the demons!

Stuart Richardson: No thanks, a mercenary who fails to deliver in his ability is not what we need at this time.

Scott Gretton: He is not who you want in our position.

Pete Thompson: Hopefully just an easy link because of Rooney knowing him from his Utd days, surely this lad has had enough chances by now and no club would want to touch him.

The WarSmith: You've got to consider who we can attract right now, we aren't looking attractive atm to say the least. This is probably going to be the standard of transfer we are looking at if any.

Jamie Leverington: I think Rooney would be great for him. How would it make the situation worse? We're In the bottom 3 and have picked up two points from Wycombe, Rotherham and Coventry.

And Football Insider claim Derby are “locked in a battle” with their bitter rivals Nottingham Forest, over Morrison.

The 27-year-old is a free agent, after his contract with Dutch club ADO Den Haag was terminated by mutual agreement earlier this month.

It is said Rooney has “registered an interest” in signing him, but there could be a fair bit of competition for his signature.