Manchester United new boy Amad Diallo is yet to appear for the Reds since joining from Atalanta earlier this month, but fans are already s... 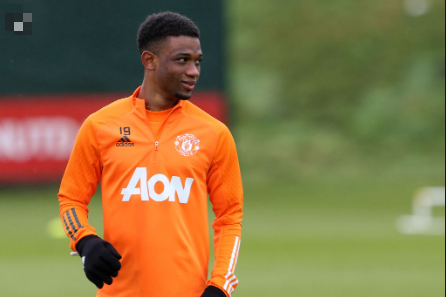 Manchester United new boy Amad Diallo is yet to appear for the Reds since joining from Atalanta earlier this month, but fans are already salivating at the prospect of seeing the youngster in action for the first time.

When, exactly, that will be is unclear, although manager Ole Gunnar Solskjaer has suggested that our new no.19 could appear for the first team within the next four to five weeks, depending on how quickly he adjusts to the physical demands of English football.

It's possible that Diallo will be blooded in the Under-23s prior to stepping up to the seniors, as has happened with summer arrival Facundo Pellistri.

However, Ole's comments are encouraging, and there's another positive sign, albeit one outside the boss's control.

On Friday, Amad was added to the Premier League's official fantasy football game, which is played by over one million fans worldwide.

The Ivorian is the latest Red to be included in the game, after Pellistri and fellow summer arrivals Donny van de Beek, Alex Telles and Edinson Cavani were made available to pick earlier in the season.

Players are assigned a position which corresponds to their real-life roles, although Mason Greenwood and Marcus Rashford are classed as midfielders, rather than forwards, as they usually play out wide.

Diallo has been categorised as a midfielder, with his price set at £5.5m. This could change depending on the impact he has, whether this season or next, as we saw with Greenwood's significant rise in 2019/20.

While that price is some way off the ever-popular Bruno Fernandes (£11.3m) and Rashford (£9.6m), Diallo is actually rated at a higher price than regular starters Scott McTominay, Fred and Nemanja Matic, which perhaps reflects his attacking abilities - players score more points for goals and assists in the game.