It seems silly season has begun already as Tottenham Hotspur have been linked with a surprise swoop for Manchester United outcast Jesse Li...

It seems silly season has begun already as Tottenham Hotspur have been linked with a surprise swoop for Manchester United outcast Jesse Lingard this transfer window.
According to ESPN’s Rob Dawson, Spurs are among the teams eyeing a move for the 28-year-old attacking midfielder. However, the Red Devils are yet to categorically say whether or not he’s available for transfer this month.
Premier League rivals Sheffield United, who are rock-bottom in the standings, and West Ham United are also mentioned with interest, which tells you everything you need to know.
Spurs are out here battling for a place in Europe, so their name sticks out like a sore thumb alongside those two as well as Marseille, Nice and Jose Mourinho’s former club, Porto.
A switch to north London makes little sense as the ‘Special One’ already has plenty of options of an attacking nature – he’s got both Tanguy Ndombele and Dele Alli currently vying for an advanced midfield role, with Giovani Lo Celso due back from injury too.
And then on the wings, there is an abundance of talent – indeed, Gareth Bale, Steven Bergwijn and Lucas Moura are all fighting it out for one right-wing place right now.
The 25-time England international has fallen heavily out-of-favour at Old Trafford, staring only nine matches last season, whilst he’s yet to play in the Premier League this term. And his output was very mediocre as he managed only 0.9 key passes per game, proving a not-so-creative influence, and 0.6 dribbles per game, which shows he’s failing to beat his opposite number, per WhoScored. 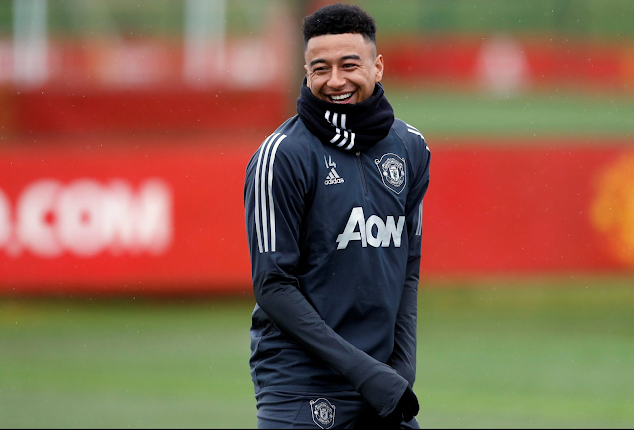 Indeed, as many as eight Spurs starters have managed more dribbles per game, while Heung-min Son and Harry Kane have averaged over double the number of key passes per game this campaign too, also via WhoScored.
Instead, for a much cheaper price, Mourinho should turn to the young, but talented, exploits of midfield prodigy Alfie Devine, who etched his name in the record books earlier this month by becoming the youngest ever player and goalscorer to d0n the famous Lilywhites strip.
Despite it being against an eighth-tier outfit, the teenager still looked hugely promising.
In 45 minutes of action, he enjoyed 46 touches, proving to be heavily involved in the match, made 91% of his passes, including one key pass, which is above Lingard’s career mean, and even put in two tackles to display a more defensive side to his game, via SofaScore.
That senior bow was merely the icing on the cake as, since his arrival in the summer from Wigan Athletic, the 16-year-old sensation has contributed towards five goals in 11 appearances for the U18s and U23s.
Sky Sports pundit Jamie Carragher is a big fan too having dubbed the young midfielder “top class” before his summer switch to N17, whilst ex-academy man Japhet Tanganga claimed “Every time he’s come up [to first-team training] he’s looked a real spark” and that Devine has “shown he can hustle.”
Also lauded a “very talented” player with “huge potential,” Devine could well be an alternative to splashing out on the £9m-rated Lingard, who is thought to earn in the region of £90k-per-week at United.
Mourinho can save Levy millions this January by unleashing the future midfield star – they simply do not need Lingard at all.
Source: https://www.footballfancast.com/tottenham-hotspur-transfer-rumours/jesse-lingard-spurs-transfer-swoop-jose-mourinho-target-u23-academy-alfie-devine-statistics-analysis-premier-league-gossip-news