Frank Lampard is under increasing pressure as Chelsea manager. 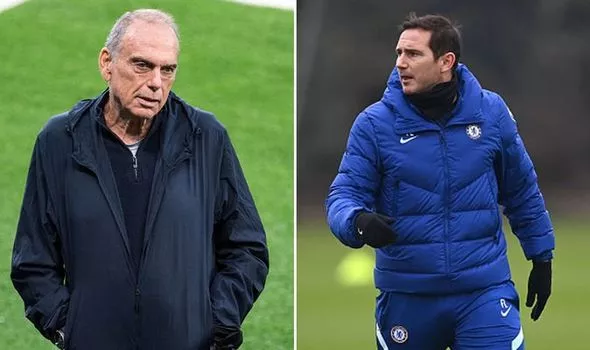 Frank Lampard Lampard is under heavy pressure as Chelsea manager after a run of four defeats in seven Premier League games. Reports have suggested that former Blues boss Avram Grant will return to the club in a coaching role, and the Israeli has responded to the rumours.

Avram Grant has issued a public response to messages he has received and reports that he is in line to replace Frank Lampard as Chelsea manager.

Lampard is under heavy pressure in the Stamford Bridge hot seat after a run of four defeats in seven Premier League games.

Multiple reports have suggested that the club are debating the possibility of bringing Grant back as a coach for the club legend.

However, the Israeli has played down any talk of a return to west London, before giving Lampard his full backing and urging the club to take their time before making any decisions over his future.

"I read the links in the media connecting me about returning for Chelsea, I’ve received so many positive messages from Chelsea fans on Instagram, thank you,” said Grant.

“But I must say, I didn’t receive any official approach from the club. I can repeat only about what I said lately about the situation at Chelsea.

“Be strong, look for solutions and what everybody needs now is time.

“It’s good for Frank that I believe he will do the job well and it’s good for the club. Good luck to everybody.”

Lampard spoke this week about feeling the heat, but insisted that the “rough patch” has given them time to refocus tactically.

“I was very aware when I came into this job, if you manage a top Premier League club you have to understand that pressure will come very quickly at times. And the pressure is constantly there anyway,” he said.

“Earlier in the season, we had a lot of great things coming through and then a tough patch.

“These two weeks have given us a chance to focus on the basics of our game, what we are and how we want to play and I just want to see those things come through.”

Chelsea are back in Premier League action this weekend when they take on rivals Fulham on Saturday evening.