Martin Keown is a big fan of Edinson Cavani after the Manchester United striker put in another hugely impressive performance away to Fulha... 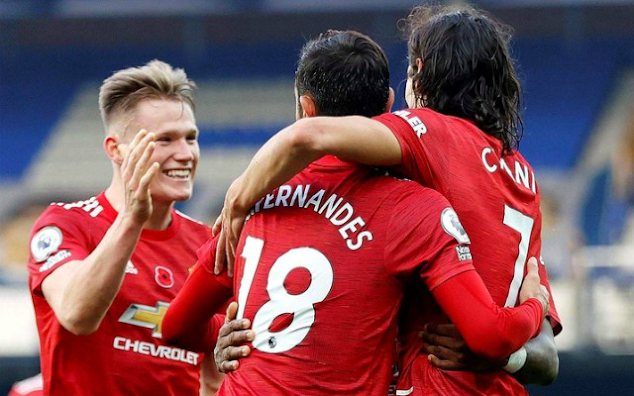 Martin Keown is a big fan of Edinson Cavani after the Manchester United striker put in another hugely impressive performance away to Fulham on Wednesday night.

The Uruguay international joined Man Utd on a free transfer in the summer, and many will have questioned if his arrival in the Premier League came a bit late in his career.

Still, Cavani seems to be enjoying his time at Old Trafford so far, and Keown has been very impressed with his all-round play.

The 33-year-old is well known for being a great goal-scorer, but he’s having a hugely positive impact at United with all aspects of his game.

Keown, a former defender, admits he expects he’s a very difficult centre-forward to play against, which is some compliment.

Discussing Cavani on Match of the Day, as quoted by the Metro, Keown said: “He is a real predator who has been prolific throughout Europe.

“Today he was really important, it’s his link-up play, his overall play, he must be a nightmare to play against.

“I didn’t have the pleasure to play against him but he’s a big player for them, a top player. He just waits for his chance and then smashes it in, brilliant.

“He’s a provider too and he works for the team. He wants to close people down, he still puts a shift in at 33. He’s outstanding in that area.”

United can be very pleased with this smart piece of business as they gambled on a player that it seems no one else was willing to take a risk with at this stage of his career.