An outstanding four-goal haul from 17-year-old striker Joe Hugill stole the headlines off new signing Amad Diallo as the Ivorian winger made his first appearance for Manchester United.

Neil Wood’s under-23s side raced to a comfortable and significant victory against rivals Liverpool on Saturday afternoon, scoring four times in the second half.

There were outstanding performances from Hugill and Diallo but also Hannibal Mejbri, Shola Shoretire and Arnau Puigmal.

Heavy touches and delayed decision-making at the back saw United gift chances to Liverpool early on. Alvaro Fernandez and Reece Devine in particular took too long on the ball. United’s deep defensive line meant that when they did concede possession, Liverpool were only a pass or touch away from a shooting opportunity. They failed to take advantage; Ben Woodburn forced a good 4th-minute save from Kovar but later missed the target while Tyler Morton also failed to hit his effort on target.

As in the 6-1 defeat to Chelsea, United were guilty of losing possession far too often. When a Liverpool goal seemed an inevitability, front-foot play from Amad Diallo put United ahead instead.

The Ivorian winger pounced on a heavy touch from Billy Koumetio, stole the ball away from the French defender and tore towards Marcelo’s goal. He composed himself and lofted it above the ‘keeper for his first United goal with what was only his fourth or fifth touch.

Joe Hugill doubles lead with 5th goal of the season

United gained confidence from their lead and good crosses from Fernandez and Williams on either flank threatened further. It was once more through good pressing, this time from Hannibal Mejbri, that United scored their second. The Frenchman started on the left for United and was exemplary in his workrate. He chased for 20 seconds before snatching the ball off his opposite number and backheeling to Arnau Puigmal who poked a ball beyond the defensive line for Joe Hugill. He finished well with his left for his fifth under-23s goal of the season.

Amad Diallo worked hard in both halves of the pitch and almost beat five men with one audacious lob. The effort went wide.

United’s downfall in the first half was in defence. Liverpool halved the deficit thanks to a powerful half-volley from Tyler Morton. The chance presented itself when United failed to appropriately clear a free-kick that came in from the right flank.

United gift goals to Liverpool in first half

After Finn O’Rourke headed off with an injury, just after he had been denied by Kovar in a one-on-one, United switched off and conceded the equaliser. Joe Hardy, who replaced O’Rourke, took part in the goal moments after coming on. Fernandez sliced a clearance following a throw-in, Will Fish also miscontrolled and failed to clear and Williams took a heavy touch and allowed Louis Longstaff to finish from a couple of yards out past a helpless Kovar.

United started the second half with energy and quality. Harvey Neville replaced the injured Will Fish, moving Brandon Williams into the centre-back position.

He was involved again to create United’s third goal. Neville played a crisp pass inside to Diallo who in turn glided a ball into the path of the on-running Fernandez. The Spanish full-back pulled it back from the left flank where Joe Hugill was waiting. His finish was outstanding, as was the whole move, opening his body up and directing it high into the goal for his 12th goal in all competitions.

It quickly became the Joe Hugill show. He scored his hat-trick when Hannibal Mejbri was brought down inside the penalty area. Hugill converted the spot-kick, directing it towards the bottom left corner.

Five minutes later, he scored his fourth of the afternoon. He didn’t miss a single chance. Every time an opportunity presented itself, Hugill finished it. His fourth was another tidy finish, squeezing into the bottom left corner. Shoretire had won the ball back in the build-up.

Hugill could have had a fifth. Mejbri was brought down again after excellent build-up play from Shoretire. Hugill gave Amad Diallo the chance to score his second of the afternoon. With confidence and flair, he tried the panenka and made no mistake.

A lovely bit of play from Leighton Clarkson got Liverpool a third goal. Clarkson stole the ball off Ethan Galbraith and scooped the ball over Kovar to allow Joe Hardy to chest the ball in to an empty net. 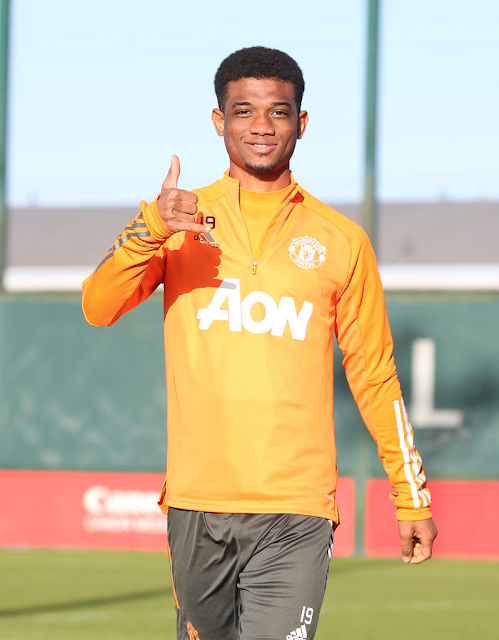