Liverpool wasted the chance to go top of the Premier League table this weekend. The Reds could’ve reclaimed top spot with a win over Manch... 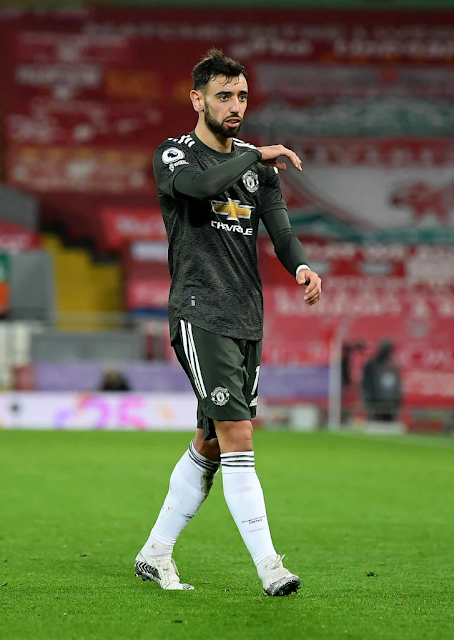 Liverpool wasted the chance to go top of the Premier League table this weekend. The Reds could’ve reclaimed top spot with a win over Manchester United but Jürgen Klopp’s side once again failed to score, making it three league games in a row without a goal. One highlight from the game is that Liverpool forced Bruno Fernandes into a poor performance.

Another tie with the Red Devils, another draw.

For a 0-0 it was a pretty entertaining game, much unlike some of the bore draws we’ve seen from this fixture in the recent past.

The Reds had most of the ball but failed to create many clear cut chances, Bobby Firmino wasted the few sights at goal we had in the first half.

Kopites are feeling aggrieved at the referee’s decision to blow early for halftime when Sadio Mane was through on goal.

The Holy Goalie saved us in the second half with some heroic saves but overall a draw was likely a fair result.

Many Kopites weren’t that worried; he turns it on against relegation threatened sides but he struggles against top opposition – this weekend was no different.

According to WhoScored, Fernandes managed just 33 passes with an accuracy of just 60%.

Forcing Bruno Fernandes into such a poor game is a definite success story from the weekend.

The Portuguese star won four out of eight of 2020’s Player of the Month awards.

Yet against the Reds he came up short due to a combination of keen pressure and dedicated marking.

Had we been more effective on the front foot then we would have won the game.