Sir Alex made a habit of building sides capable of prolonged success   After romping to the Premier League title last season, Liverpool we...

After romping to the Premier League title last season, Liverpool were hoping to retain the trophy this time around, but after a bright start, their challenge is in danger.

The fact Jurgen Klopp is aiming to become just the fourth manager to retain the Premier League title, shows just how difficult a feat it is.

After romping to their first league crown in a generation last season, Liverpool went into the new campaign with the aim of building a lasting era of dominance.

But the facts...and history, show that to maintain the kind of relentless consistency to win two in a row, is difficult to do.

Only Pep Guardiola with Man City, Jose Mourinho during his first two seasons and legendary Manchester United boss Sir Alex Ferguson have backed up a Premier League success with another the following year.

Ferguson was the outlier to the rule, not only managing to win two on the spin four times, but turning two of those periods into historic 'three-peats'.

United under Ferguson made a task that most have found extremely difficult, look almost routine.

And at times this season, Klopp's Liverpool looked like they could enjoy a similar procession. Despite never quite hitting their best form, the champions looked a level above their competition, overcoming a number of injuries.

But in recent weeks, a five-game run without a win has seen them drop six points behind Fergie's old team, with a wretched run of fixtures on the horizon.

The Liverpool boss recently admitted that he couldn't even imagine being in the title race at this point, a sign of how their struggles are threatening to derail the season.

So what made Ferguson infallible, when all of his counterparts appeared decidedly human?

Speaking during his career, the Scot revealed that as soon as a title was clinched, in his mind it was forgotten already.

"Winning a trophy doesn't really mean anything to me after it has gone," he said.

"At the time, it is the most cherished thing. As soon as it's over, it's forgotten. Not forgotten, but it evaporates. Your next step is the important one, and the mentality here is of that nature. The players are brought up to go for the next thing."

Liverpool's long awaited title last season came in such circumstances that it was likely impossible to just forget, but with their title tilt faltering, it may prove valuable to heed some of Ferguson's words of wisdom. 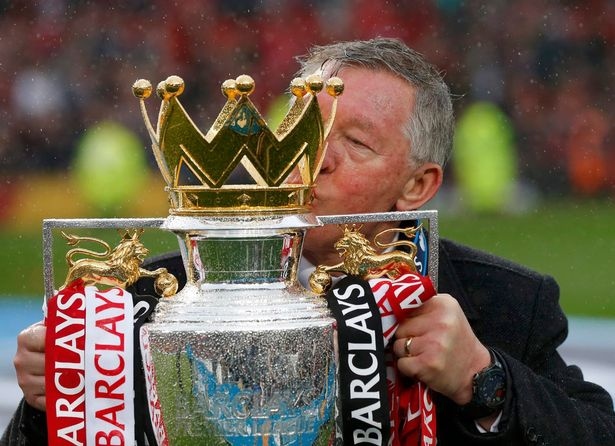