Fabinho and Luke Shaw were superb but Mohamed Salah and Bruno Fernandes were poor as Liverpool and Manchester United played out a 0-0 draw... 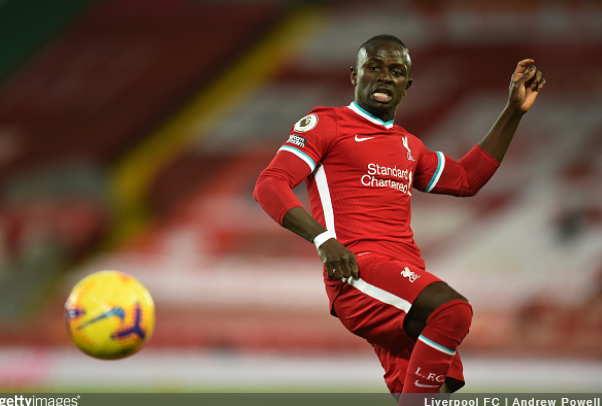 Fabinho and Luke Shaw were superb but Mohamed Salah and Bruno Fernandes were poor as Liverpool and Manchester United played out a 0-0 draw on Sunday.

The first half was a drab affair, with neither goalkeeper really being tested. Liverpool had the bulk of the possession and did carve out a few half-chances. On the other end, poor touches by Marcus Rashford meant that promising opportunities never really came to fruition while Bruno Fernandes narrowly missed the target from a free-kick.

Post the interval, Manchester United came out all guns blazing and put Liverpool to the sword. The visitors even tested Alisson Becker through Bruno Fernandes and Paul Pogba, but never managed to make anything out of their openings. On the opposite end, David de Gea was forced into just one meaningful save.

The game eventually petered out to a goalless draw, which meant that Manchester United retain their spot atop the Premier League table, while Liverpool have dropped down to fourth after Sunday’s fixtures. The Hard Tackle now runs the rule over both sets of players.

A game of two halves for Alisson. Hardly tested in the first 45 minutes, the Liverpool No. 1 needed to be alert post the break, making a couple of crucial saves to deny Bruno Fernandes and Paul Pogba, and earn a point for his side. Moved the ball quickly and precisely to initiate swift moves.

Underwhelming yet again by Alexander-Arnold, who did nothing of note going forward despite whipping in numerous crosses. Lost possession a staggering 26 times and was nervy at the back at times.

With Joel Matip not fit enough to start, Henderson was deployed in defence yet again. And, the Liverpool captain looked much more comfortable. Was indeed put to the sword but was solid for the most part.

Another game, another brilliant performance by Fabinho. Looks at home at the heart of the Liverpool defence and made a couple of brilliant blocks to protect Alisson. A picture of composure, there was no way past him for Manchester United.

Like his partner on the right flank, Robertson, too, was sub-par when compared to his usual levels. The Scotsman did play in a couple of key passes but was wasteful with some deliveries as well. Not tested much defensively.

A surprise selection ahead of Curtis Jones, Shaqiri was hit and miss against Manchester United. The Swiss international did show some neat touches but his end product was severely lacking. His delivery from a corner carried some threat, though.

Starting as part of what was essentially a double pivot, Wijnaldum typically grafted along and even created a half-chance. However, there were a few nervy moments when Manchester United were on the ascendancy.

By far the best midfielder on the pitch. Making his Anfield debut in Liverpool colours, Thiago was a big reason why the Reds were so dominant in the first half, as he dictated play smartly while hounding Bruno Fernandes constantly. Tested David de Gea with Liverpool’s best chance of the evening.

Both sets of attackers disappointed on Sunday and for Liverpool, Salah particularly underwhelmed. The Egyptian did pose a threat with his movement and take-ons, but Luke Shaw was comfortable for the most part against him. Has now gone four games without a goal in the Premier League.

A game to forget for Firmino. The Manchester United defenders did not fall for his tricks and stuck to their guns. When the Brazilian did get in on the action, his finishing was lax, something he needs to address. Did create a couple of openings, though.

Another forward who was not at his best on the night. Mane, for the most part, was thwarted by Aaron Wan-Bissaka, although he did have the measure of the Manchester United full-back at times too. Never really tested de Gea, though.

On for Shaqiri, Jones put in the hard yards but was not given a chance to show his qualities on the ball.

A late introduction, Origi did not have much of a time to make an impact.

A late introduction, Milner helped see the game out.

David de Gea did make three saves against Liverpool, but the one to deny Thiago Alcantara was the only moment when he was really tested. Did well with the ball at his feet, making quick decisions.

Not at his solid best, but this was another decent display by Wan-Bissaka. Hardly looked to do much going forward, but kept a check on Mane superbly, although he could well have given away a penalty to the Senegalese with a poor tackle.

There were a couple of hairy moments to begin with, but Lindelof was ice-cold once he found his feet in the game, thereby vindicated Solskjaer’s decision to start him ahead of Eric Bailly. Made as many as 9 clearances while winning 4 duels.

Like Lindelof, the Manchester United captain, too, was in his elements. Impressed with his ability to organise the backline, never really getting pulled out of position by Firmino. Won each of the 5 duels he contested, made 6 clearances and 5 blocks in a colossal display. Has come into his own after a slow start to the season.

The clear standout for Manchester United. Shaw was relentless on both ends of the pitch. Negated Salah almost entirely and posed a threat whenever he carried the ball deep into the Liverpool half. Won 8 duels while creating a couple of chances.

A game of hits and misses for Fred, who was reasonably solid off the ball but gave the ball away cheaply a few times. Even created a fine opening but Marcus Rashford was a little slow to react to his cross.

The more solid of the two Manchester United midfielders, McTominay won 11 duels while making 5 interceptions and as many clearances. Had a better output on the ball as well but not as forward-thinking as Nemanja Matic.

An evening to forget for Bruno Fernandes, who produced one of his poorer displays in Manchester United colours. The Portuguese international was not helped by Liverpool’s dominance on the ball, meaning he was feeding off scraps at times, although he was extremely wasteful on the ball. Came close with an effort, however.

Stationed on the right-wing instead of the left, Pogba was the best prospect for Manchester United in the final third. The Frenchman sprayed passes to open up play and tested Alisson with a close-range effort. Never stopped in his desire to make things happen.

Like Bruno Fernandes, Rashford was terrible against Liverpool. Had as many as three openings coming his way, but poor touches meant that he spurned them all. Horrible decision-making also meant that he did not release Edinson Cavani during a promising counter-attacking move.

An isolated figure for large parts of the game, Martial did not have many opportunities to show his mettle, although he did set up the chance for Bruno Fernandes early in the second half. Always seemed to run into a defender when he attempted a take-on.

On for Martial, Cavani posed a great deal of threat with his movement, but his runs were not picked out by his teammates.

A late introduction, Greenwood did not have many opportunities to make an impact.