MAGUIRE LOOKING TO THE LONG TERM

Harry Maguire has told Inside United that he is determined to create a legacy at the club like some of our great centre-backs of the past.... 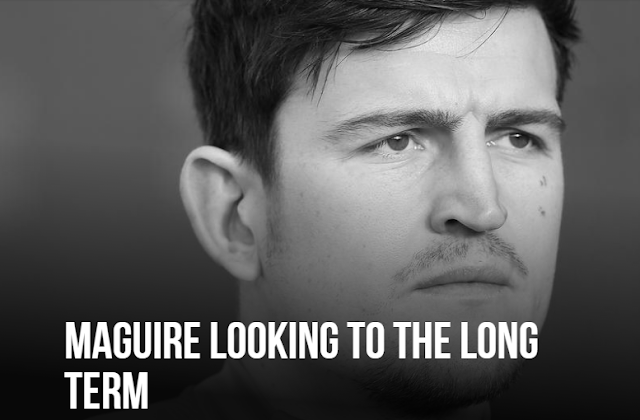 Harry Maguire has told Inside United that he is determined to create a legacy at the club like some of our great centre-backs of the past.

The in-form defender is ready to make his 83rd appearance for the Reds in Wednesday's Premier League clash at Fulham as he rapidly closes in on a century of games already, following his move from Leicester City in 2019.

The official club magazine asked how much it would mean to the 27-year-old if he could make his mark in the manner of the likes of Rio Ferdinand, Nemanja Matic, Steve Bruce, Gary Pallister and Martin Buchan.

“Yeah, it means everything,” Maguire replied. “It’s why I joined this club. It’s something that, in the future, I want to look back at and see I’ve played numerous times for this club.

Indeed, the captain feels the team is improving and losing some of the callowness that was perhaps evident at times last season. Ole Gunnar Solskjaer's side was the youngest in the division and an inability to grind out results when not at our best cost the Reds.

There are signs in 2020/21 that this is being addressed, as gritty recent 1-0 wins over Wolves and Burnley suggest, and a similarly dogged victory at Craven Cottage on Wednesday night would be most welcome.

“For sure, it’s a talented young group, and it’s definitely the most talented squad I’ve been involved in,” he continued. “We’ve played a little bit young and a little bit immature at times in games, and I feel that, this season, it’s nice to win a couple of games without playing at our best.

“I think last season, every game that we won we had to score and run riot, really, we had to play at a top, top level. But it’s nice to know that when things aren’t going great, we can still win football matches. And I think that’s a big part of experience.”

Harry is the cover star of the latest edition of Inside United - the official magazine includes an exclusive interview with the skipper. He is also set to appear on UTD Podcast to talk more about his career.