Man United are growing confident they will keep hold of Paul Pogba Paul Pogba has turned his fortunes around at Manchester United, scoring...

Paul Pogba has turned his fortunes around at Manchester United, scoring some stunning goals to put them top of the Premier League table - and he could be sticking around.

Manchester United bosses are becoming increasingly confident Paul Pogba will not quit this summer and wants to see out his contract at Old Trafford.

Pogba's current deal runs until the end of next season, but he has been linked with summer moves to Real Madrid, Paris Saint Germain and former club Juventus.

His outspoken agent Mino Raiola claims the French international is not committed to United and wants a new challenge.

But Pogba has produced a resurgence in form in recent weeks to become one of Ole Gunnar Solskjaer's most important stars after developing a stronger relationship with the United boss.

United have charged to the top of the table following a 13-game unbeaten run in the league, to emerge as genuine title contenders for the first time since last winning it back in 2013.

Pogba, who scored a stunning winner in United's 2-1 triumph at Fulham on Wednesday night, is more convinced Solskjaer's men can go on and land some big trophies in the next 18 months to help him fulfil his ambitions at club level.

The 27-year-old, who won the World Cup with France in 2018, would love to help United become top dogs in English football again and is prepared to shelve his plans to leave.

Solskjaer deserves huge credit for refusing to indulge Pogba when his form was poor earlier this season - as well as ignoring the clamour to sell him in this month's transfer window.

The Norwegian kept faith with Pogba, knowing the midfielder remained his one and only star who knows what it takes to win the biggest titles.

United captain Harry Maguire believes Pogba has now become the major force United hoped he would be when signing him from Juve in a £90m deal back in 2016.

He said: "You can see Paul, over the last month or so, he's starting to get his fitness back and credit to Paul, coming back into the team and doing what he's doing at the moment is great for us.

"He's a big part of the dressing room. He's a big player for us and we know he can produce moments of brilliance. I hope he carries on and I'm sure he will."

Former United star Rio Ferdinand believes Pogba has used all the negative publicity about him as motivation to prove people wrong, to fall back in love with football again.

Ferdinand said: "'He has not been as consistent as he would have liked (since signing in 2016), but right now he is one of the more important players.

"Top players use negative press as fuel. The passion cannot be used if you are not playing, but he is now and he's of the best (in the world) when he is in this form." 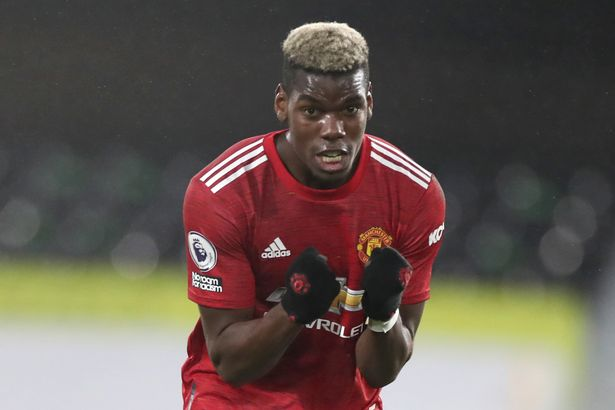