Players of Manchester United and Sheffield United in action during a Premier League match in Manchester, UK, January 27, 2021. /CFP Manche...

Manchester United suffered a shock 2-1 home defeat by the Premier League's bottom club Sheffield United on Wednesday to leave Manchester City alone at the top of the table.

Substitute Oliver Burke grabbed the 74th-minute winner after Harry Maguire had cancelled out Kean Bryan's first-half opener for the Yorkshire side who had won just one league game all season before their trip to Old Trafford.

City are top on 41 points, a point ahead of United who have played one game more.

Sheffield United went ahead in the 23rd minute when Bryan headed in John Fleck's corner with United keeper David De Gea flapping at the cross, although replays suggested he may have been pushed by Sheffield striker Billy Sharp.

United's frustration over that decision was amplified when Anthony Martial had the ball in the net but the effort was ruled out for a foul by Harry Maguire on keeper Aaron Ramsdale.

Solskjaer's side were lacking any of the zip and invention of their recent good run of form but managed to get on level terms when their Sheffield-born captain Harry Maguire met an Alex Telles corner with an unstoppable header.

"Amazing result, really was a must-win for us and I'm chuffed for the boys. They put in a great shift. Amazing feeling and amazing for me to get the goal, I am buzzing for the boys and hopefully we can take that into our next games," said Burke.

In Spain, Lionel Messi returned from suspension to help guide Barcelona to a 2-1 win away to Rayo Vallecano to reach the quarterfinals of the Copa del Rey.

Barca dominated the match and hit the woodwork three times but second division Rayo took a surprise lead in the 63rd minute when Barca keeper Neto failed to deal with a low cross and midfielder Fran Garcia pounced to bundle the ball over the line.

Rayo went looking for a second goal and were badly caught out on the break when Frenkie de Jong picked out Antoine Griezmann and the Frenchman laid the ball off for Messi to slot into the net from close range in the 70th minute.

The Argentine, who became Barca's record appearance maker in the competition with 76 Copa matches, was the architect of the second goal 10 minutes later, releasing Jordi Alba down the left wing with a sumptuous pass and De Jong finished off the defender's cross to send the Catalans into the last eight. 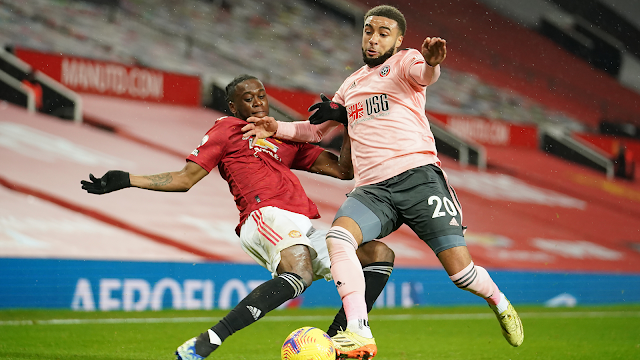