Veron was awarded the Golden Ball as Brazil won the Under-17 World Cup in 2019 Manchester United are reportedly favourites to sign highly-...

In early December, there was huge speculation over Ole Gunnar Solskjaer's future as Manchester United boss.

The Red Devils had crashed out of the Champions League at the hands of RB Leipzig and they found themselves far adrift of the Premier League frontrunners.

United sit top of the table by two points and have negotiated a tricky fixture run impressively, with victories over Burnley and Fulham and a draw at Liverpool in their last three league games.

Paul Pogba's performances have been key in bringing about the upturn in form, and there is growing confidence the Frenchman could stay on at Old Trafford despite his agent's claim he would like to leave.

Meanwhile, United have reportedly won the race to sign a promising Brazilian youngster, while a defender is set to depart before the end of the January window.

Manchester United are in pole position to sign promising Palmeiras forward Gabriel Veron, according to Sport .

The report adds United are favourites to sign Veron, 18, ahead of local rivals Manchester City and La Liga giants Barcelona.

United are believed to have worked behind the scenes to secure the Brazil youth international, who can play on either flank and has 15 goal involvements in 34 senior games for Palmeiras.

Arsenal were also linked with Veron in December and manager Mikel Arteta is reportedly an admirer.

Contradicting his agent Mino Raiola for a second time, Paul Pogba insisted he is happy at Manchester United after he scored the winner at Fulham earlier this week.

Pogba's fine form and United's rise up the Premier League table mean Old Trafford chiefs are increasingly hopeful the Frenchman will sign an extension at the club, according to various reports.

In December, Raiola claimed that Pogba is "unhappy" with United and declared he would like to leave Old Trafford. 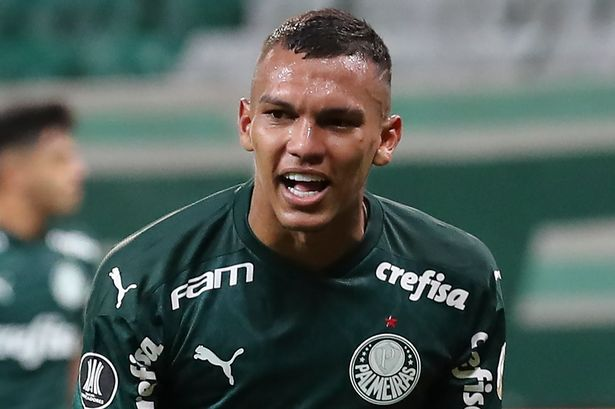