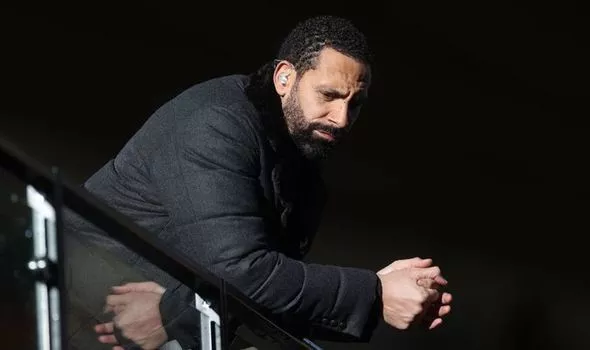 Manchester United were dealt a huge blow in the Premier League title race on Wednesday night.

Rio Ferdinand believes Manchester United are held back in their Premier League title race with local rivals Manchester City. It comes after a shock defeat to Sheffield United at Old Trafford on Wednesday night.

United were dealt a huge blow to their Premier League title hopes after losing at home to Sheffield United.

Kean Bryan netted the opened before the half-hour mark to give the visitors a surprise lead.

Former Blades defender Harry Maguire grabbed the equaliser for the Red Devils only for Oliver Burke to score the winner soon after.

United are still just a point behind City but Pep Guardiola's men now have a game in hand over their local rivals.

Liverpool and Tottenham are further behind but with the two set to clash today, one has the chance to put themselves back into contention.

And club legend Ferdinand has blamed United's inconsistencies and believes it will prevent them from winning the title.

He said on BT Sport: "If you're going to be a title chasing team these are the games you have to come.

"You have to bring your A-game no matter what. Last week, Liverpool. Tremendous performance.

"Bottom of the league Sheffield United - dour, lifeless at times. Those inconsistencies don't win you the league.

"The inconsistencies of players are holding them back. It's reared its head tonight."

United take on Arsenal next in the Premier League this Saturday looking to settle a score.

Prior to Wednesday's loss to the Blades, the last defeat Solskjaer tasted in the league was against the Gunners back in November.