Fulham begin to press when the ball is played to Liverpool's deepest midfidler. The Cottagers have taken points from Liverpool and Tot...

The Cottagers have taken points from Liverpool and Tottenham in their last seven matches and were only narrowly beaten by Chelsea despite having ten men.

There's been plenty of talk about Manchester United's approach at Anfield in the aftermath of Sunday's anti-climatic, goalless title clash.

But the true consequences of United's draw will only become clear at the end of the season.

While Liverpool are a wounded animal, without the backing of their supporters, their 68-game unbeaten run at Anfield demanded respect from Ole Gunnar Solskjaer. United's disappointment at leaving the champions with a draw highlights the progress made over the last 12 months.

Up next, a trip to Fulham, which is a much tougher task than it may seem on paper. Scott Parker's side may sit third bottom of the Premier League but they have only lost one of their last seven matches in all competitions, taking points against Liverpool and Tottenham and losing very narrowly to Chelsea with ten men at the weekend.

Parker's side looked destined for the drop in the early weeks of the season; shipping goals left, right and centre. However, a change in style has born fruit and made them tougher to beat, even against top opposition.

In particular, against Liverpool, Fulham caused Jurgen Klopp's side all manner of problems, particularly in the opening half of the match. Having built their playing style around talisman Aleksandr Mitrovic in the Championship to earn promotion, Parker has adapted his tactics to accommodate a more fluid, interchangeable front three.

Mitrovic hasn't started for a month now, partly due to injury but mainly down to his lack of mobility. Instead, Fulham have turned to a three-pronged attack with Bobby Decordova-Reid, Ivan Cavaleiro and Ademola Lookman.

Eric Bailly was left out of United's backline against Liverpool despite the 26-year-old showing impressive form after his comeback from injury, with United conceding once in the last four games he has started. 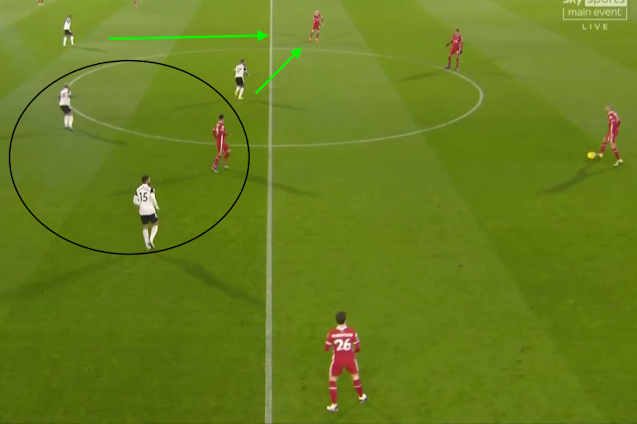